This family of Irish-dancing traditional musicians are unfairly talented 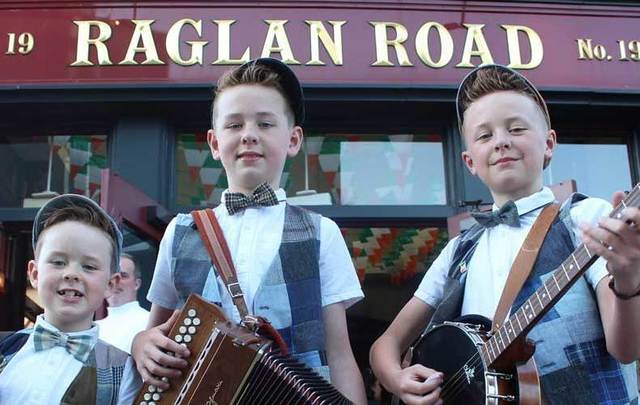 Byrne Brothers' Irish dance video was the most watched clip in Ireland, in 2016.

This video of three young Irish brothers dancing in front of a captivated audience was the most watched clip in all of Ireland for 2016.

Brothers Luca (12), Finn (10) and Dempsey (7) Byrne, better known as The Byrne Brothers, took the internet by storm when a live video of a public performance was posted on Facebook in August 2016.

The brothers, from Mountcharles, Co Donegal, not only dance but also play several musical instruments each. Their father Tommy accompanies their amazing performances.

Read more: Irish-dancing NFL player stood up for boy being bullied about his love of dance

According to their Facebook page: “The Byrne Family are passionate about Traditional Irish Music, Irish Dancing and Surfing. Our goal is to travel the world and have amazing adventures!”

The Byrne Brothers' website states that the brothers have released their first studio album and are currently on tour in the United States.

Their video, which features them playing instruments and then dancing up a storm in front of a delighted audience, had over 3 million views, making it one of the most popular Irish dancing videos ever posted.

Have an Irish music/dance video for us? Be sure to send it along at submit@irishcentral.com.