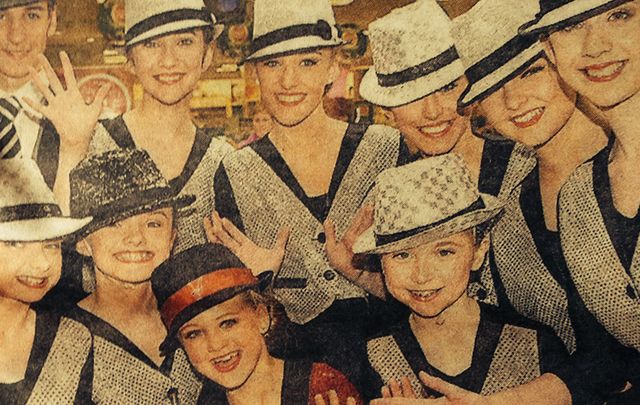 Whoever thought that Irish dancer and Michael Jackson hits could be such a combo? Well, these young Irish dancers from Northern Ireland certainly proved us wrong.

A group of 11 dancers, between the ages of 9 and 18, performed an amazingly well choreographed dance at the Buttercrane Shopping Centre in Newry, Co Down as part of the auditions for the United Kingdom talent show, "Britain’s Got Talent."

This spectacular group of dancers from the Rooney O’Malley Maguire School of Irish Dance is delighted that their video is causing quite a stir online. It has been shared by the Irish dance troupe with a major online following, Fusion Fighters.

Debbie Maguire from the Rooney O’Malley Maguire School of Irish Dance told IrishCental that JigJazz was the first act to open the "Britain’s Got Talent" auditions and we’re sure they blew the competition away.

Maguire said, “They usually perform outside competition at corporate gigs and also tour with the Cross Border Orchestra.”

She added that among the group are two World Champions, Orlaith Hollywood and Aine Malone.

Maguire added that she’s “hoping for the video to be shared globally to show how Irish dance has evolved and to give these talented and hardworking dancers a platform to showcase their talent.”

This certainly is something different.

However, this isn’t the first time an Irish dancing Michael Jackson fan has gone viral. Back in 2012 a tiny Irish dancer, Kate McCafferty, wowed the crowds at Foyleside Shopping Centre in Derry.

Michael Jackson v Irish dance! We could definitely get on board.