The popular Irish dance company Fusion Fighters in yet another immaculate performance. 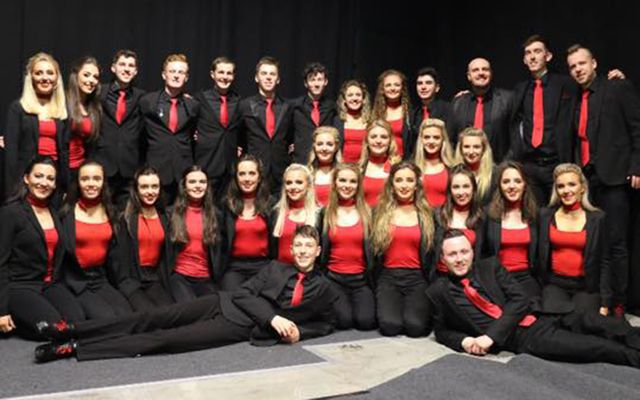 The amazing Irish dance troupe Fusion Fighters made a stunning return to the World Irish Dance Championships in Dublin last week, bringing the house down with their fancy footwork. The hundreds of highly talented Irish dancers in the crowd went insane for the performance, one that goes up there as one of our favorites from the group.

Taking place all through last week in the Citywest Hotel in Dublin, the World's invited the popular Irish dancers back to perform alongside the dancers involved in Fusion Dance Fest, a series of workshops from the company taking place in Limerick this summer.

Fusion Fighter dancer Chris Naish told IrishCentral that the Fest is "our annual International dance camp for aspiring professional Irish dancers to learn from some of best choreographers and leaders in the world.

Accompanied by the musicians Fullset, the five Fusion Fighters--Chris Naish, Michael Donnellan, Matthew Gardiner, Conor Kennedy, Declan McHale--offered up their usual unique mix of different dance styles intertwined around traditional Irish dancing, all with an insane amount of taps per second. Fullset have also been confirmed as the resident band for the summer workshops where the entire final show will be choreographed to the music from their three albums.

Opened up by the Fusion Fest dancers, Francisco Dreux shot the footage as the incredible dancing escalates into a finale that could easily give Riverdance a run for its money.

This was the second year in a row that Fusion Fighters were invited to the Championships and the pressure was on to put together the last-minute show, Naish explained.

"The Worlds performance was a bit risky looking back on it as we didn't get hardly any time to rehearse with the cast, most of them were competing at different times during the week," he said. We had to meet up each night after the competition had finished (10/11pm).. We took the stage though

"We had to meet up each night after the competition had finished (10/11pm). We took the stage though on Friday night to over 2000 of our biggest critics and to our relief we got a brilliant reception."

Building on their success in modernizing Irish dance with a mix of dance forms, different music styles, and technology, talented dance company Fusion Fighters will run a special Fusion Dance Fest in the Limerick Institute of Technology between August 7 and August 15.

The 9-day festival will give dancers the chance to learn with the company’s dancers and choreographers and although anchored in dance and fitness workshops, the week also have plenty of video projects, live music, and or course, a performance or two.

"The young cast of our Fusion Dance Fest who were involved in the performance and the family and friends who came to support were thrilled by the support our dance community gave us [at the Worlds]," said Naish.

"Within the past couple of years, we have gone from posting a few clips of us dancing in random places/ flash mobs on Facebook to becoming one of the biggest influencers in the worldwide Irish dance scene. It's fantastic now to be getting such great opportunities with our project and to use our platform to promote creativity, inclusion and various worthy campaigns.

"But it also comes with extra responsibilities and to keep pushing ourselves and the boundaries of modern Irish dance."