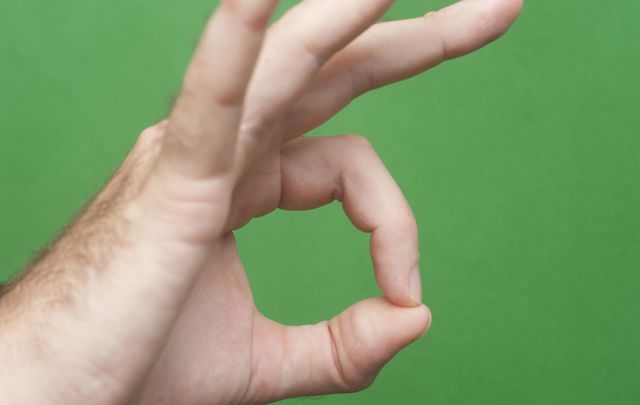 For the first time in history, the Amhrán na bhFiann / The Soldiers Song was performed by a deaf choir and a piper from Ireland’s Defence Forces band.

An Irish Sign Language version of Ireland’s national anthem, the Amhrán na bhFiann, was performed for the first time by a deaf choir and a piper from Ireland’s Defence Forces band in July 2018. Today on the International Day of Sign Languages we recall this wonderful performance.

The historic performance took place at the launch of a report by an all-party Oireachtas (Parliament) Committee, at Leinster House. The all-party report called for guidelines for the use of the Irish nationals and support for a former Irish sign language version of it.

Author of the Seanad Public Consultation Committee report, Fianna Fail Senator Mark Daly told the RTE "Next year [being 2019] is the 110th anniversary of the writing of the national anthem by Peadar Kearney.

"In 2013 the National Anthem fell out of copyright protection, so we looked at the issues around its proper to make sure it wasn't used inappropriately. We came up with protocols so all citizens are aware of the proper use and treatment of the National Anthem."

These protocols will include versions of the anthem in Irish, English, and Irish Sign Language, as well as the musical notation by the Irish Defence Forces School of Music.

Daly said “Last December we passed the Irish Sign Language recognition bill for the deaf community. Alain Newstead, a student from Bishopstown Community School in Cork, came into the Seanad public consultation. He said he felt excluded as a citizen of this State and a member of the deaf community as there was no sign language version of the national anthem."

Also present at the event was Conal Kearney, the grandson of Peadar Kearney who penned the lyrics to Ireland’s National Anthem.

He told RTE  his grandfather would have been hugely proud today "on such a historic moment."

Kearney added "I believe it was a privilege to see for the first time the Irish Sign Language version of Ámhrán na bhFiann/The Soldier's Song. It was a very proud and emotional moment."

The newly released report proposes that every primary and secondary school should be provided with the National Anthem in Irish, English, and Irish Sign Language to assist in the teaching and learning of it.

Furthermore, it proposes that on the eve of St. Patrick’s Day (March 17), schoolchildren should be encouraged to hold events where the National Anthem could be performed in Irish, English and/or Irish Sign Language.

Read more: “Song for the Mira”- the Canadian song that captured the hearts of Irish everywhere