Ireland's most popular books are named - the results will surprise you!

Library records show that hugely talked about writers such as Bram Stoker and Samuel Beckett have only recently become very popular. 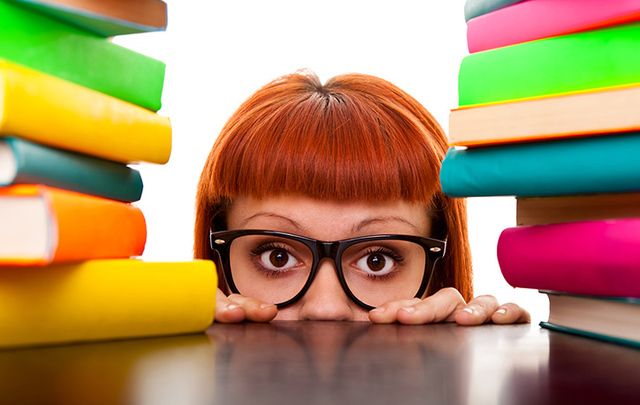 Quick, name the most popular Irish books of all time! We bet you will get the answers badly wrong. No James Joyce, Samuel Beckett, W.B. Yeats or Seamus Heaney titles. We bet you will have barely heard of one of the writers, Eoin Colfer. How about the name Eve Bunting? She's actually a very famous contemporary children's writer.

Interestingly, it's not Dublin, Ireland, but Dublin, Ohio where this research was conducted and the researchers are not just looking at what Irish people are reading but at the library records of more than 16,000 libraries worldwide to gather their data.

Just as our own reading interests change as we age, so, apparently, does a country’s. The research has revealed some interesting insights into the authors who have stood the test of time, those who have peaked in popularity and faded away, and those who were none too popular when they were first published but have seen massive increases in readership decades after their deaths.

Carried out by OCLC, a global library cooperative, the research makes use of Worldcat, the world’s most comprehensive database of information about library collections, to establish Ireland’s most popular books and authors based on library holdings: how many times a book/author is checked out and how many copies are needed to meet the demand for the book.

In a recent article for the Irish Times, Lorcan Dempsey, Vice President for membership and research at OCLC, revealed that, none of Joyce, Beckett or Wilde titles  were top of the popularity stakes among Irish authors/playwrights. In fact, Jonathan Swift claimed the title of most popular Irish author.

Swift's “Gulliver’s Travels” assured him of his number one spot, aided by the fact that this year is the 350th anniversary of his birth. "Gulliver's Travels" is a work that Dr Aileen Douglas, Head of the School of English at Trinity College Dublin, recently described as being as much a part of world literature as it is Irish.

“'Gulliver’s Travels' belongs not just to Irish literature, but to world literature and its relevance only increases over time,” she said.

Oscar Wilde, Eve Bunting, George Bernard Shaw, and Oliver Goldsmith rounded off the top five Irish authors. "Dracula" by Bram Stoker, "The Vicar of Wakefield" by Goldsmith, "The Picture of Dorian Gray" by Wilde and "Artemis Fowl" by Eoin Colfer rounded out the list of top five Irish works.

The results may come as a surprise to some, mainly because of the glaring absence of some of the larger and most talked about names in Irish literature. Many older readers, for instance, may not be aware of the “Artemis Fowl” books, the series of eight science fiction fantasy novels that were published between 2001 and 2012. Yet, they were still hugely popular worldwide and received much critical acclaim.

Others may also not have come across the works of Eve Bunting – a Northern Ireland-born, US-based author who has published over 250 books and has been listed as one of the Educational Paperback Association's top 100 authors. And Oliver Goldsmith, an mid-18th century Irish writer who is thought to have written the classic children's tale “The History of Little Goody Two-Shoes” (1765), may be unknown to some.

Dempsey claims that the results prove the extent of the “strong literary focus in the Irish published record” in that we hold fiction writers in very high esteem whereas other countries may focus on more fact-based works. OCLC has carried out the same research process previously in Scotland and found that writers of the Scottish Enlightenment and Robert Louis Stevenson, an essayist and travel writer, were very popular.

The research revealed some interesting changes in the top five when certain criteria and data filters are employed. For example, among contemporary authors, those born after 1945, Emma Donoghue and Roddy Doyle's popularity is revealed. The data can also show how Stoker's “Dracula” has only become increasingly popular over the past few decades. It was not very popular at the time its publication. Interestingly, it is only since 2000 that Samuel Beckett has emerged as a popular writer in library collections.

What is your favorite Irish book or Irish author? Has this changed over time or have the classics always come out on top? Let us know in the comments section, below.