The English singer all but shuts down Co. Galway as massive crowds flock to the pub where Sheeran is filming “Galway Girl.” 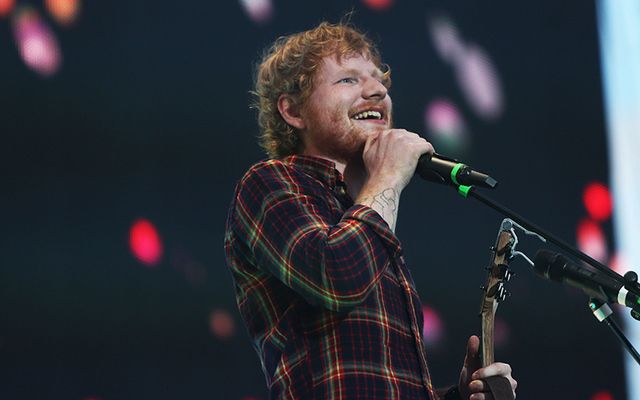 Ireland has been taken over by Ed Sheeran this week as the English singer-songwriter plays two sold-out shows in Dublin’s 3arena. The music superstar is making the most of his time in Ireland, however, causing Co. Galway to all but come to a standstill while he films the music video for his hit song “Galway Girl”, the song Ireland is completely obsessed with, or course.

The “Shape of You” singer wowed crowds in Dublin last night in the first of his Irish shows by bringing the trad group Beoga out on stage for a rendition of Mundy and Sharon Shannon’s song “Galway Girl” before launching into his own song of the same title.

Sheeran had worked with Belfast-based group Beoga for his third studio album “Divide” producing two trad tunes, “Galway Girl” and “Nancy Mulligan”. The singer said he wished to produce a full album of traditional Irish music influenced songs but even had a hard time to convince the record company to allow these two on it.

While the song was, obviously, immensely popular in Ireland where Sheeran predicted it would become “the song”, it also has a massive legion of fans around the world, especially in the UK where it’s remained in the number two spot on the official chart of purchases/streaming since its release in March.

All Ed Sheeran wanted to do was to come up to the gaf and lush a few cans #EdSheeran #Galway #Salthill pic.twitter.com/F9KeT8Lvxc

Crowds beginning to gather outside O'Connor's in Salthill where, a very strong rumour has it, @edsheeran is inside. pic.twitter.com/WgjWZOCmzB

The English singer had previously mentioned that he planned to film a video for “Galway Girl” in Ireland itself and mentioned that he’d need some dancers to join him. While there haven't been any shots of Sheeran trying out his own one, two, threes yet, he was spotted on Shop Street in Galway filming in the same spot where he himself used to busk before he achieved global fame.

Fans can be heard singing to him in the wee hours of the morning as the singer stopped for selfies and watched another busker who looked remarkably like him.

Earlier that day, a massive crowd gathered outside O’Connor’s pub in Salthill, Co. Galway, after the rumor spread like wildfire that he was filming inside. Some locals weren’t best pleased that the red-haired musician was disrupting their Tuesday evening pint!

We were going for a pint in O'Connors but some lad @edsheeran is holding up the pub. #sheeranout #galway #galway pic.twitter.com/ehGKN0DylC

His fans were delighted and Sheeran shared a great snap of them gathered outside as he was leaving.