The Irish Republican Army made an attempt on the United Kingdom Prime Minister Margaret Thatcher in 1984. 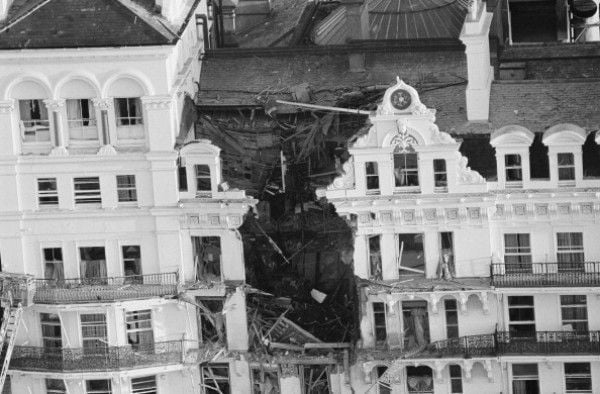 The Grand Hotel in Brighton after a bomb exploded Getty

The Irish Republican Army made an attempt on the United Kingdom Prime Minister Margaret Thatcher in 1984.

The creators of "Peaky Blinders" are set to adapt a novel about the 1984 Irish Republican Army (IRA) bombing in Brighton that targeted Margaret Thatcher into a television show.

Read More: “Berserk” Margaret Thatcher admitted she was losing war against IRA in 1988

Caryn Mandabach Productions, the company that owns and produces "Peaky Blinders", said: “the material offers a timely exploration of the allure of extremism and presents a tense, nuanced, and gripping portrait of an assassination attempt that changed the face of global politics forever.”

The show will reportedly feature the fictionalized characters of Dan, a Belfast native who wants to join the IRA, and Freya, an employee of the Grand Hotel.

In 1984, a bomb was detonated at The Grand Hotel, where a Conservative party conference was taking place. Margaret Thatcher, the UK’s Prime Minister at the time, was the main target of the attack then ended up killing five people.

The IRA claimed responsibility for the attack and afterward issued a statement saying:

"Mrs. Thatcher will now realize that Britain cannot occupy our country and torture our prisoners and shoot our people in their own streets and get away with it. Today we were unlucky, but remember we only have to be lucky once. You will have to be lucky always. Give Ireland peace and there will be no more war."

Thatcher replied, saying: "That is the scale of the outrage in which we have all shared, and the fact that we are gathered here now — shocked, but composed and determined — is a sign not only that this attack has failed, but that all attempts to destroy democracy by terrorism will fail."

Would you watch a show about the IRA's bombing in Brighton? Let us know in the comments.