Irish music: the best hidden gems to stream during quarantine

Some kickin' Irish tunes to keep you sane while on COVID-19 lockdown. 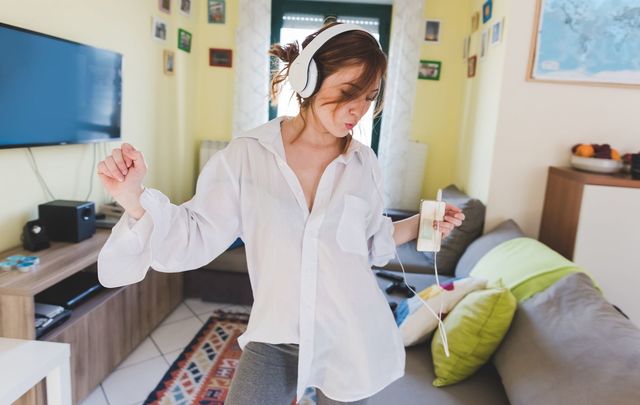 Listen to some quality Irish tunes during the COVID-19 lockdown. Getty

Irish music is known the world over for its charm and charisma, but it's not all U2 and traditional Irish music.

There is a wealth of hidden gems in Ireland that, for some reason or other, didn't quite reach the international fame and attention they deserved.

Now is the perfect time to delve deeper into Irish music and discover songs held in high esteem in Ireland but nowhere else in the world.

Streaming services have never been more popular with half the world living in quarantine. Why not use a music platform to stream some of these gems?

After All - The Frank and Walters

Endlessly optimistic and frustratingly catchy, After All is one of the best songs to ever come out of Cork.

The song rose to number five in the Irish charts when it was first released in 1992 and subsequently grabbed national attention when it appeared in the season finale of the Young Offenders.

After All appeared in the extremely popular series - set in Cork - when a group of hostages sing along with their kidnapper in one of the more memorable scenes of the entire season.

Duke Special's debut single might have faded into obscurity were it not for a radio commercial in Ireland in the late 2000s.

The song featured in a commercial for Irish building society EBS for more than two years, ensuring that it remained relevant.

However, the song has never gotten the praise nor recognition that it deserves. It is truly a wonderful song and one of the best produced on the island since the turn of the century.

Irresistibly optimistic, Here come the good times will be the perfect song to play when the COVID-19 crisis is over.

Originally released in 1993, the song was used ahead of Ireland's World Cup campaign in 2002 when Irish legends Aslan sang a re-adapted version of the song.

Both the original release and the re-release perfectly embodied the good mood in Ireland as the Celtic Tiger took hold of the country.

It's impossible to listen to this song and not picture better times ahead.

Like Freewheel, Shine incessantly featured on radio commercials in Ireland in the late 2000s.

At just 21 years of age, things looked extremely promising for Laura Izibor. The soulful singer's second single charted reasonably well and she was nominated for a wide range of awards in 20009.

Unfortunately, her singing career never reached its potential, but this effort remains an absolute gem in Irish popular music.

In terms of meaning, songs don't come much deeper than Rocky took a lover.

The song centers around a homeless man in Dublin with a drinking problem who lived near the band during their formative years. The man, named Rocky, fell in love with a homeless woman and the song imagines that relationship.

Its intricate lyrics are unrivaled and a line from the song was voted Ireland's favorite lyric in a recent poll.

The poignant line goes: "I don't believe in any old Jesus. If there was a god, then why is my ass the perfect size for kicking?"

Infectiously catchy, Mary will worm itself inside your brain on the first listen.

Released in 1989, the song has often been overlooked as one of the great Irish songs, but it is right up there with the greats.

It's simple chord structure and message will ensure you're singing along by the time the chorus comes around for the second time and its wholesome message makes it all the more endearing.

Inspired by the Beach Boys, the Thrills are a modern surf rock band and Big Sur is their magnum opus.

The band wrote most of the tracks for their debut album while living in San Diego and that is reflected in the music.

The songs are endlessly summery and paint a vivid image of the easy-going Californian lifestyle. Big Sur is no different.

Punky, zany, and nonsensical, Where's Me Jumper? has achieved cult status in Ireland.

An indie group from Cork, Sultans of Ping F.C. were simultaneously controversial and outrageous.

Lead singer Niall O'Flaherty often wore dresses and feather boas on stage in a hugely bold move for an Irish male group in the early 1990s.

British pop star Lily Allen picked the song as one of her "desert island records" and explained why the song was so popular.

"I have no idea what it’s about. It’s just a fun and sort of jump up, anarchic, ridiculous song that’s about losing your jumper."

Mic Christopher's hugely promising career was tragically cut short when he died in an accident while on tour in the Netherlands.

Skylarkin', his only album, was released more than 12 months after his death and features several excellent songs, but Heyday is the most enduring record from the album.

Guinness used the song in a 2003 advertisement featuring a young Michael Fassbender and the song has been a mainstay in Irish popular music for more than 15 years.

Sinead O'Connor is one of Ireland's best-known singers thanks to her cover of Prince's Nothing Compares 2U, but she made her big break with Mandinka in late 1987.

The song actually performed quite well in the United States, especially among college students,

However, it has subsequently faded into obsolescence and hardly ever receives any airplay.

The punky song centers around an African tribe - the Mandinka - and perfectly encapsulates O'Connor's rebellious attitude.