Helen Mirren reveals how she envisioned her "1923" character Cara Dutton as an Irish immigrant who fled Ireland during the Famine. 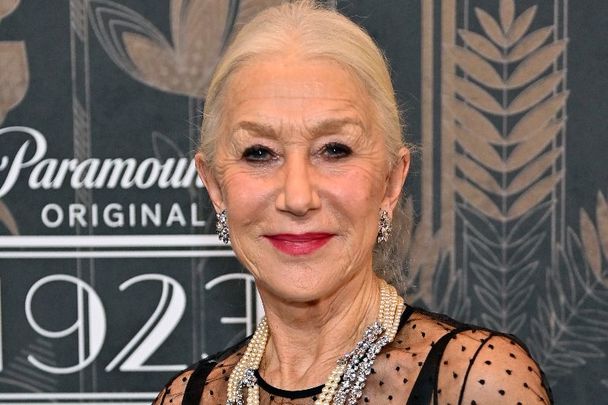 Helen Mirren has revealed the origin of her Irish accent in the popular western series "1923", which returns to Paramount+ on Sunday, February 5.

"1923," which is a prequel to the hugely popular western drama "Yellowstone" and a sequel to the 2021 series "1883", follows Jacob Dutton (Harrison Ford) and his wife Cara (Mirren) as they lead the Dutton Ranch in Montana during a time of western expansion, prohibition, and economic turmoil.

Mirren told Vanity Fair that she has created an entire backstory for Cara Dutton, revealing that she wanted her character to speak with an Irish accent.

"I see Cara as an immigrant," Mirren told Vanity Fair. "One of the things I very strongly wanted was that she would speak with an Irish accent, not with an American accent.

"It’s always slightly annoyed me with Westerns that you have all these people speaking with modern American accents when in fact so many of them were fairly recent immigrants."

Mirren says she wanted Cara to represent another aspect of rugged individualism that has long-defined American society.

“I see Cara as an immigrant,” says the British-born actress, who created a robust backstory for the character.

Mirren added that Cara, who is in her late 60s, would have emigrated to the US from Ireland as a young woman following the Famine in the mid-19th century.

"The big Irish immigration to America, because of the potato famine, was in the late 19th century," she told Vanity Fair.

"That absolutely chronologically works for Cara. She’s now in her late 60s, we imagine. So she would’ve come, I think, as a young woman from Ireland.

"I think that’s one of the extraordinary elements of America. The people who arrived, and are still arriving, are people with enormous resilience and enormous courage and independence."

"1923," from Academy Award nominee Taylor Sheridan, is the most installment of the "Yellowstone" origin story and introduces a new generation of Duttons. The series explores the early 20th century when pandemics, historic drought, the end of Prohibition and the Great Depression all plague the mountain west and the Duttons who call it home.