The season four finale of the ranch drama "Yellowstone," which aired on Jan. 2, amassed more than 11 million viewers. 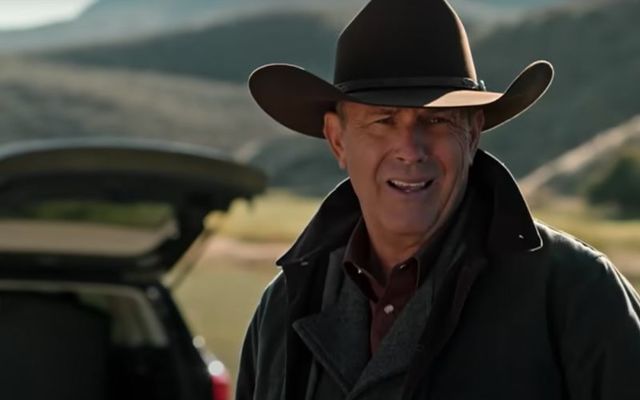 The season four finale of "Yellowstone" was the most-watched cable television show since 2017, with more than 11 million viewers.

The January 2 episode of the ranch drama, which stars Oscar-winner Kevin Costner, was the most watched show since "The Walking Dead" season 8 premiere in October 2017, which had 11.4 million viewers.

The "Yellowstone" episode even surpassed its own season three finale live viewership of 5.2 million by 81 percent, reports The Daily Mail.

The finale’s simulcast on Paramount Network and CMT attracted 10.3 million total viewers, and with the premiere night encores, the episode amassed more than 11 million viewers.

The series, which first aired in 2018, follows the Dutton family, led by patriarch John Dutton (Costner), who controls the largest contiguous ranch in the United States. The family's Montana property is in constant conflict with those it borders -- land developers, an Indian reservation, and America's first national park.

"'Yellowstone' continues to shatter records with more than 11 million viewers tuning into the season finale, proving we've hit a cultural nerve – from the center of the country to each of the coasts – and still have lots of room to grow on linear," said Chris McCarthy, President and CEO, ViacomCBS Media Networks.

"Our strategy to franchise 'Yellowstone' into a universe of series to fuel growth for Paramount+ is already exceeding expectations with '1883' and 'Mayor of Kingstown' proving to be two of the top titles."

According to Deadline, "Yellowstone" was the number one most social show on Jan.2 , with social media mentions of the season four finale surpassing the prior season finale by 115 percent.

Co-created by Taylor Sheridan and John Linson, "Yellowstone" is the cornerstone of a rapidly expanding Taylor Sheridan universe on ViacomCBS, which includes two new Paramount+ series, Yellowstone prequel "1883" and "Mayor Of Kingstown."

"Yellowstone," along with the other Taylor Sheridan series, is co-produced by 101 Studios and MTV Entertainment Studios. David C. Glasser, Stephen Kay and Ron Burkle executive produce for 101 Studios, along with John Linson, Art Linson, Sheridan, Costner and Bob Yari.