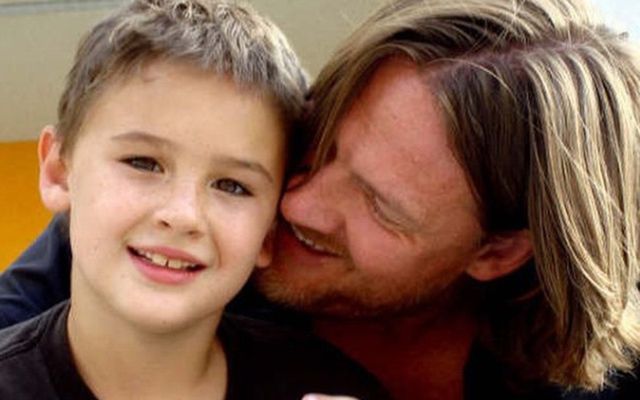 The 16-year-old daughter of Irish American actor Donal Logue has been missing in New York for one week. On Sunday evening star of "Gotham" and "Vikings" took to Twitter and Facebook asking for those who are with his daughter to just “drop her off” and stated that “dogged teams” from the New York Police Department and the Federal Bureau of Investigation are working on this missing persons case.

One week ago, Jade Logue, a transgender teen, went missing, though her parents, in a video message posted on Sunday, stated that her gender identity is not necessarily relevant to her disappearance. Jade was last seen near Barclays Center, in Fort Greene, Brooklyn. Both Logue and his ex-wife Kasey Smith took to Twitter and Facebook over the last week pleading for information regarding the teen’s disappearance.

If you have any information regarding Jade's disappearance, please contact Detective Frank Liuzzi at 718 636 6547

On Sunday evening Logue posted a note to Facebook, which was retweeted on his Twitter account, directed at the persons who might be with Jade right now. His message seemed to insinuate that those who are with his daughter believe they are helping her.

Of his daughter, he wrote “I love all people and have met tons, but honestly (I’m biased) there’s never been a more loving, innocent, cuddly child than Jade.

He went on to refer to those he believes may be behind his 16-year-old daughter’s disappearance “I love her and who she is and her tribe is strong (I’ve met many wonderful people through Jade), but there are some predators who swim among their ranks knowing they’re dealing with sweet, trusting souls.”

He continued “Whoever knows where she is, whoever may be with her– clearly this thing has become big and crazy. The net has been flung far and wide and luckily, I have dogged teams from the NYPD, FBI, and others involved. The point is, you may have had good intentions to help her, but I’m sure you realize that this situation is bigger than you could’ve anticipated. It’s okay. Just drop her off.”

He added “There is an ‘out’ for this situation that works for all involved. We promise.”

just a note about jade. pic.twitter.com/IdpmxzVUQj

Logue, a veteran actor, who has starred in shows such as “Sons of Anarchy”, the sitcom “Grounded for Life”, and the series “Copper”, is Irish American. His parents are both from Kerry. His father was a Carmelite missionary priest in Africa where he met his wife Elizabeth. Though born in Canada, Logue grew up in California and is an Irish citizen as well as American.

Jade is described as 6-foot-1 and 180 pounds. She was last seen wearing a green jacket, green hoodie, and gray baseball cap, officials said.