Gotham’s Donal Logue insists missing daughter is not a runaway

Irish American actor pleads “Whoever has her, please release her- no questions asked.” 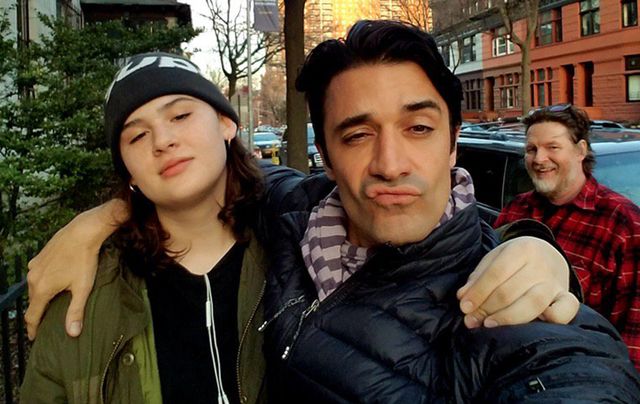 A recent photo of Jade, with actor Gilles Marini and her father Donal, in Brooklyn. Twitter / Donal Logue

Irish American star of Gotham, Donal Logue, insists his daughter, Jade, who has been missing for nine days, is “not a runaway”. He doesn't believe she left of her own accord.

The 16-year-old transgender teen, who was legally named Arlo Logue, was last seen on June 26 at Barclay’s Center, in Fort Greene, Brooklyn. Jade is 6'2"  and was wearing a lime green hoodie dark green military parka.

Earlier this week Logue, and his ex-wife Kasey Smith, took to Facebook and Twitter, pleading for the teen’s safe return “no questions asked”.

On July 3 he tweeted this video of Danny Trejo and said “Whoever has her, please release her- no questions asked.”

message from @officialDannyT about Jade's disappearance. Whoever has her, please release her- no questions asked. pic.twitter.com/OhUCSr7Jqr

On July 4 he tweeted “this child is MISSING-not a runaway”.

The 52-year-old actor, whose parents are both from County Kerry, also asked John Walsh, the Co-founder of the National Center for Missing & Exploited Children and the former host of "America's Most Wanted, for help.

Little is known about the circumstances surrounding her disappearance. Logue had previously voiced his concerns that she was being exploited by "predators" but also suggested that perhaps those with the teen believe they are helping her.

In a moving video posted by Jade’s mother on Sunday she said, “If you're watching, if you're able to be on social media, however, wherever you're at, please know that we're looking for you."

A spokesperson for the NYPD confirmed to People magazine that "this is still an active missing person case. There are no new updates at this time."

Anyone with information on Jade's disappearance or whereabouts is asked to call the NYPD's Crime Stoppers Hotline at 800-577-TIPS.