The Golden Globe nominations for 2022 were announced today, with Irish talent including Ruth Negga of "Passing" and Kenneth Branagh's "Belfast" shortlisted for several awards. 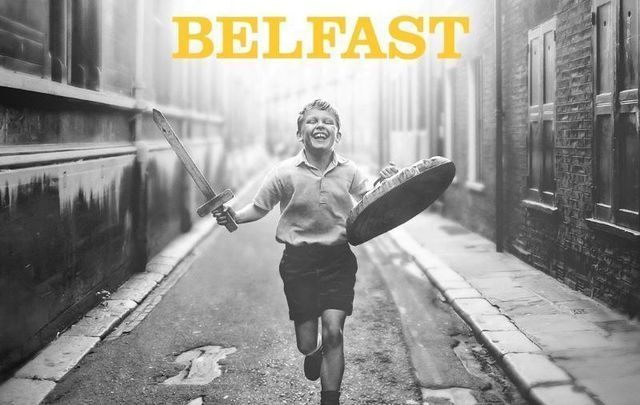 Irish actress Ruth Negga is among the 2022 Golden Globes nominees for her performance in the acclaimed racial drama "Passing", while a host of stars from Kenneth Branagh's "Belfast" have also been shortlisted.

Negga joins fellow Irish actress Catríona Balfe, one of the stars of "Belfast," in the Best Supporting Actress category for the 2022 Golden Globes nominations which were announced today, December 13.

Balfe's nomination is just one of several for "Belfast," which is also up for the award in the Best Director, Best Picture, and Best Screenplay categories.

Irish actors Jamie Dornan and Ciarán Hinds are both nominated for their "Belfast" roles in the Best Supporting Actor category, while Van Morrison's "Down to Joy from Belfast" is nominated in the Best Song category.

Branagh's critically-acclaimed drama leads the way at the upcoming Golden Globes along with western drama "The Power of the Dog", with both films receiving seven nominations.

The 2022 Golden Globes are set to take place in Beverly Hills on January 9, with Branagh's "Belfast" set to be released in Irish cinemas on January 21. Negga's "Passing" is now available to stream on Netflix.

"Belfast" has been nominated for Best Motion Picture - Drama alongside "Dune," "CODA," "King Richard," and "The Power of The Dog," while Branagh is up against Stephen Spielberg ("West Side Story"), Denis Villeneuve ("Dune"), Jane Campion ("The Power of The Dog"), and Maggie Gyllenhaal ("The Lost Daughter") in the Best Director category.

Branagh's semi-autobiographical drama "Belfast" is considered a frontrunner for next year's Academy Awards, according to most early predictions.

Branagh, meanwhile, will break an Oscar record if he receives a Best Picture and Best Original Screenplay nomination at next year's Academy Awards, becoming the first Oscar nominations in seven different categories.