On This Day: Irish TV and radio presenter Gay Byrne born in Dublin

Gay Byrne went on to host the world’s second-longest-running TV talk program, the “Late Late Show,” on RTÉ from 1962 to 1999. 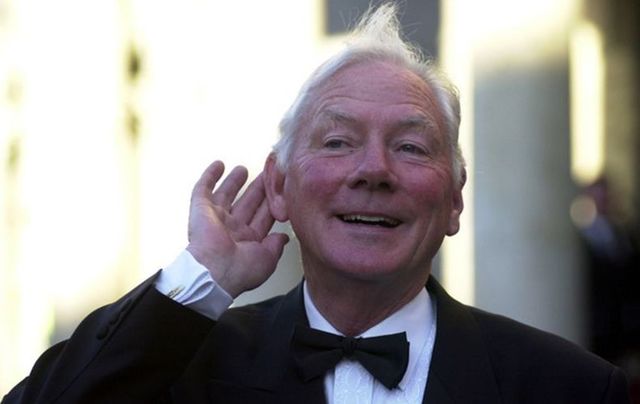 Gay Byrne, the beloved Irish TV and radio show host, created some of the most memorable moments in Irish broadcasting history before his death in 2019.

During his career, Byrne hosted the world’s second-longest-running TV talk program, the “Late Late Show,” on RTÉ from 1962 to 1999. With catchphrases such as “once more, with meaning” and “there’s one for everyone in the audience,” Byrne quickly became a national treasure.

Although Byrne retired from the Late Late in 1999, it has continued under different presenters and currently has Ryan Tubridy in the host’s seat. Only America’s “The Tonight Show” has run for longer on NBC since 1954. Retirement for Byrne didn’t mean the end of his broadcasting career as he still presented a once-a-week radio show on Lyric FM and a television interview series, “The Meaning of Life.”

In 2011, he was even going to take a crack at the Presidency and was a hot favorite to take over from Mary McAleese before removing himself from the race.

Bryne is most celebrated for the topics that he addressed on the “Late Late,” bringing subjects not previously so publicly talked about in a formerly more conservative Ireland into the main debate. Under Byrne’s stewardship and presentation, the "Late Late" became a forum where controversial topics such as the influence of the Catholic Church, contraception, AIDS, homosexuality, abortion, divorce, and other hitherto taboo subjects were discussed openly in Ireland.

Byrne conducted scores of memorable interviews, including of Bishop Eamon Casey’s lover Annie Murphy and he once angered another bishop, Michael Browne, who called Byrne “a purveyor of filth” after he asked a woman what color nightie she wore on her wedding night, and she had replied that she believed she’d worn nothing.

Here’s a look at some of Gay Byrne's most memorable moments on Irish television:

Are you a Gay Byrne fan? What is your favorite memory of him? Let us know in the comments section, below.