"Shouted something about their poor fighting spirit. Very stupid. These are Northern Irish lads. They are certainly not missing in the fighting spirit category.” 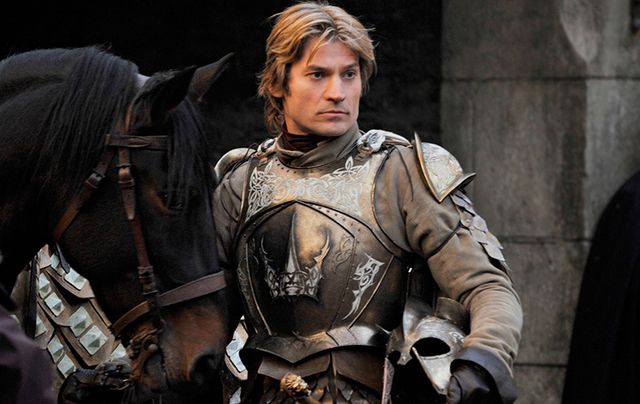 Nikolaj Coster-Waldau from the hit series “Game of Thrones” found out the hard way, while filming season 7 which premiers on Sunday 16 on HBO, that you should never mess with the Irish.

The actor who plays Jaime Lannister in the smash hit fantasy show admitted his character who have his “biggest fight scene” so far in season seven. Little did he know that by the end of filming the actors would need a safe word to protect them against over-zealous extras.

Coster-Waldau was filming in Northern Ireland with hundreds of locals working as extras. He told the New York Daily News “We did a couple of takes that were absolutely fine but then I wanted to up the ante, so I shouted to all them some very unflattering things about their mothers and sisters and asked them not to hold back.

“I also shouted something about their poor fighting spirit. Very stupid. These are Northern Irish lads. They are certainly not missing in the fighting spirit category.”

The star got quite a shock when the extras decided to prove him wrong.

“When you are 300 extras, [they figured] ‘Who will notice if you rough him up a little more than what was planned?’

“So, they did. Almost knocked me out. I was bruised after. A little disoriented.

“The director was happy, but asked me if I wanted another go. I respectfully declined.”

The Danish actor maintains that his wasn’t the worst of what he endured during the filming of season 7.

While filming the “biggest fight scene” he has had so far on the show really went to battle. He told NY Daily News “There are couple of good war stories from (the upcoming season), but sharing them now would be impossible without getting into spoiler country.”

Secrecy is something new to the “Game of Thrones” storyline. Before now, at least, fans could follow the plot line along with the novels of George R. R. Martin’s novels but now the HBO show has surpassed the source materials.

While fans are on the edge of their seat in advance of the season premiere on Sunday night some teases were revealed by stunt coordinator Rowley Irlam.

He told the News “It’s very safe to say everything is on a bigger scale.

“David Benioff (co-showrunner along with D.B. Weiss) has mentioned that we set fire to an awful lot of people this year, so I think you can expect there’ll be quite a lot of dragon work this season.

“We did 73 full body burns in one sequence this year in under 10 days. We set fire to 20 guys at once. I think they’re both probably records.”

The stunt coordinator says fans should gear up for more big battle scenes, even more epic than the legendary “Battle of the Bastards,” which featured 500 extras.

He admitted that working on battles of this scale can be unnerving from a health and safety point-of-view. Irlam said “They were all meant to be moaning and groaning in the scene, so if anyone was actually in trouble and screaming and moaning (for real), you wouldn’t really know.”

The concerned coordinator devised a safe word for the actors and extras so the crew could decipher who was really hurt. What was the word? “Banana”.

Will you be watching season 7? Would you consider a "Game of Thrones" vacation to Northern Ireland? Let us know below.