A new Irish dance clip from the most influential dance community celebrates superb talent around the world. 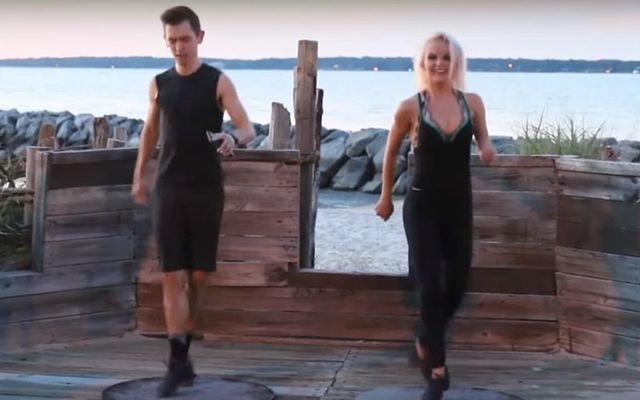 The Irish dance performance and online community, Fusion Fighters, have done it again, posting this compilation clip of Irish dancers around the world dancing to Joel Hanna and Nimal Aon’s “Soar.”

The hosts of “Fusion Dance Fest’” in Limerick, the Fusion Fighters are one of the largest and most influential dance communities in the world with over 70k followers and over 50 million video views.

Some of the best Irish dancers from around the world join Fusion Fighters in their new compilation set to new music, Soar. Read more here: http://irsh.us/2hzejP5

Posted by IrishCentral.com on Tuesday, November 14, 2017

Chris Naish, Fusion Fighters’ Artistic Director, told IrishCentral, “We organized this project with the creators of the track, with the idea to continue our 'Compilation' series [see below].

“They showcase some of the best Irish dancers around the world and this one was made with the added incentive that the most creative video would be picked to have a new track named after them.”

Naish explained that the Fusion Fighters put the world out into their community. The winner will be announced soon.

With a success of the 2016 and 2017 Fusion Dance Fests in Limerick, the Fusion Fighters will be back again in 2018. They’ll also be showcasing their full body of work during their first tour this October with 'The 'Irish Folk Festival Tour’ in Germany.