Florence Pugh is currently filming 'The Wonder' in Ireland and she shared what the experience has been like while cooking a delicious vegetarian dish. 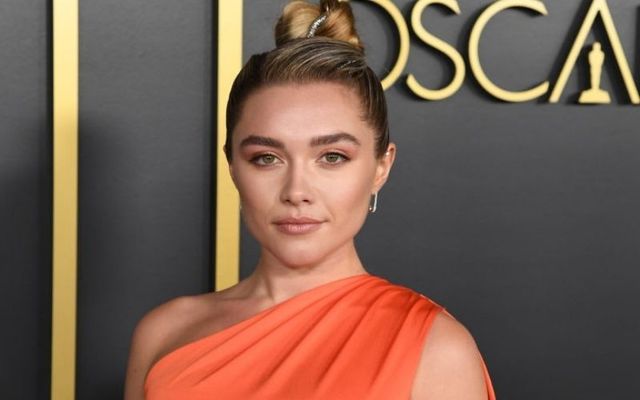 Hollywood actress Florence Pugh, who is currently filming 'Wonder' in Ireland, raved about the country while recording a series of Instagram videos.

Florence Pugh, who previously starred in movies such as "Black Widow", "Little Woman" and "Midsommar", is currently working on "The Wonder," a new Irish film and adapted from Irish author Emma Donoghue’s novel of the same name.

The actress is currently filming near the village of Hollywood in County Wicklow and last week she shared a sneak peek from the upcoming movie to her 4.6 million Instagram followers.

Pugh, who is known for posting popular videos on Instagram that she has titled  'cooking with Flo', continued the series over the weekend by showing her audience how to make a delicious stuffed peppers dish.

In the video clips, which can be viewed on the story highlights of her Instagram page, Pugh said she was in Ireland on a new project, adding “I’m loving it here.”

"Every single person I interact with is so lovely and so helpful and so kind and so ready to just have a good time with you which has been really lovely.

"So thank you Ireland for being so generous and welcoming. I've only been here for two weeks but it's been gorgeous," she later added.

The actress seems to be settling into Irish life pretty well and also posted a funny picture enjoying a pint of Guinness with Irish actor Jack Reynor.

An official synopsis of "The Wonder" reads: “Set in The Irish Midlands in 1862, the story follows a young girl who stops eating but remains miraculously alive and well.

“English nurse Lib Wright is brought to a tiny village to observe eleven-year-old Anna O’Donnell. Tourists and pilgrims mass to witness the girl who is said to have survived without food for months.

“Is the village harbouring a saint ‘surviving on manna from heaven’ or are there more ominous motives at work?”

“The Wonder” has been developed with the support of Screen Ireland and Access Entertainment. It is due to arrive on Netflix in 2022.