Oftentimes, the too-small Donaghy Theater at 553 West 51st Street could hardly contain him, and when he brought his larger collaborative ensembles like Masters of the Tradition and The Gloaming to town, bigger venues were necessary. 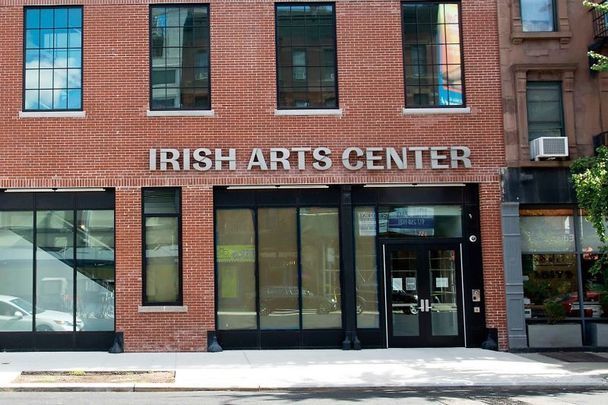 Few Irish musicians in the Irish tradosphere have been as celebrated at the Irish Arts Center as the world-renowned Martin Hayes from Maghera, Co. Clare who has appeared there many times over the years.

Oftentimes, the too-small Donaghy Theater at 553 West 51st Street could hardly contain him, and when he brought his larger collaborative ensembles like Masters of the Tradition and The Gloaming to town, bigger venues were necessary.

Hayes, in turn, has also used every occasion to sing the praises of the new home for the Irish Arts Center around the corner on 11th Avenue so many years in the offing and was an integral part of the fundraising campaign to achieve it on the artistic side.  He was afforded a soft opening residency back in November as the new center was “testing” the new premises before its official opening in December.

So now he is back with his latest collaborative ensemble, Martin Hayes and the Common Ground Ensemble, in a new residency from February 3-6 at the Irish Arts Center.  This will be the U.S. debut and will also feature in a later performance at the National Concert Hall in Dublin where Hayes has been a prominent artist in residence over the years and where The Gloaming have sold out for over 12 performances.

Some might ask why so many new collaborations and groups, and Martin answers the question himself on his website.

“The journey never reaches a conclusion. Every new project is the result of possibilities and ideas that begin to appear in the course of developing the previous project,” he says.

The multi-talented band will feature Cormac McCarthy on piano, Kate Ellis on cello, Kyle Sanna on guitar and Brian Donnellan who is an East Clare native with his own links to the Tulla Ceili Band tradition also associated with Hayes and his late father P Joe Hayes, a founding member and leader.  Donnellan plays concertina in the band and will add harmonium and bouzouki to this collaborative.

Martin has often used his residencies at the Irish Arts Center to highlight local talent as well, and special guests like Jefferson Hamer (February 4), Nora Brown and Stephanie Coleman (banjo and fiddle combo on the 5th), and Dana Lyn (6th) are added to the lineup.

Further information and booking can be sourced here.