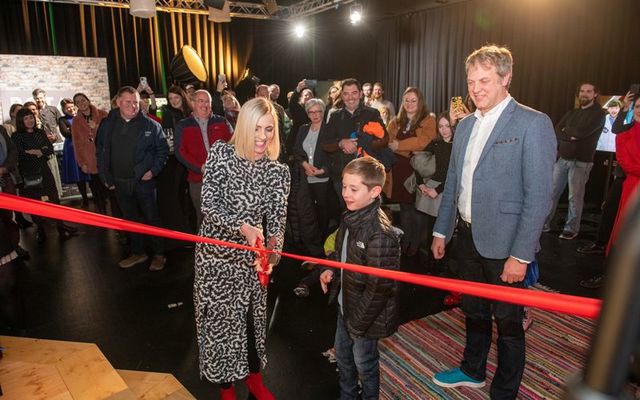 The newly-built studio in Tully, County Galway in the heart of Connemara, was officially opened by Fíbín Media, Head of Production and TG4 Presenter Máire Treasa Ní Dhubhghaill and CEO of Fíbín Media, Darach Ó Tuairisg on December 7.

Speaking at the opening, CEO Darach said: “We have a 20-year history in creating content for young people. Our new purpose-built studio will allow us to continue this work. I would hope that this studio will play some part in keeping jobs in An Ghaeltacht and attract local people to come work with us.”

Delighted to be creating more employment in the local community Darach added: “We want to continue creating and facilitating the production of new and exciting TV content that will inspire audiences young and old, to engage with our language and culture for years to come. We would like to extend a huge appreciation to the LEADER Program for their support without which this facility would not have happened.”

Since its inception in 2008,  Fíbín Media has financed, developed, and produced a large portfolio of creative television programs for Irish broadcasters and has a strong track record of selling programs to international markets.

The 130 sq. meters of floor space complimented by post-production facilities and various support infrastructures including production offices, make-up, green room and kitchen facilities already has been used by Fíbín Media to carry out several in-house productions for RTÉ and TG4.

The studio along with the mobile recording rig are available to hire giving opportunities for many other production companies to avail of the outstanding new facility.