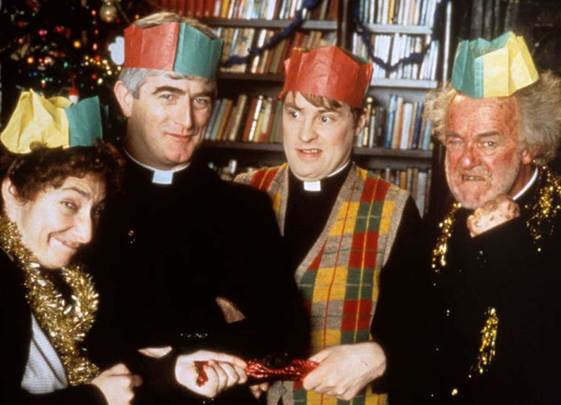 Do you watch "A Christmassy Ted" every Christmas? Think you know everything about Fr. Ted? Then you need to take this quiz, the biggest Fr. Ted ever!

Aired in Ireland every Christmas, "A Christmassy Ted" has become an Irish Christmas tradition for many families. This year the Irish comedy, Fr. Ted, celebrated 25 years. What better way to celebrate Christmas and your love for Fr. Ted than with a gigantic Christmassy Ted quiz!

Created by Irish writers Graham Linehan and Arthur Mathews, Fr. Ted aired over three series from 21 April 1995 until 1 May 1998, including a Christmas special, for a total of 25 episodes. Rewatched and re-aired to this day it remains one of the most popular Irish comedy series of all time.

The show was critically acclaimed, receiving several BAFTA awards. In a 2001 poll by Channel 4, Dougal was ranked fifth on their list of the 100 Greatest TV Characters (no arguments here!) In 2019, Father Ted was ranked second to Fawlty Towers in a list of "the greatest British sitcoms" compiled by a panel of comedy experts for the Radio Times.

With all this in mind, we've put together what we believe to be the biggest quiz ever created on the Father Ted classic, A Christmassy Ted. Enjoy.

Looking for a clue? NO CLUES!