Nearly four decades after its initial release, The Pogues' 'Fairytale of New York' is still a firm Christmas favorite in Ireland. 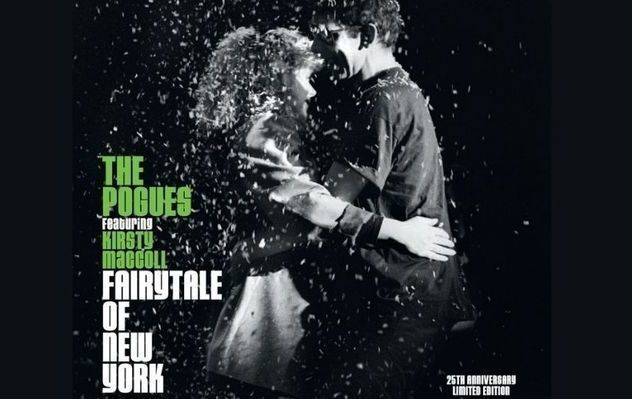 Kristy MacColl and Shane MacGowan photographed for the front cover of The Pogues' Fairytale of New York. POGUES.COM

The Pogues' "Fairytale of New York" is still Ireland's most-loved Christmas song 34 years after its release.

Released in 1987, the Christmas classic performed by Shane MacGowan and the late Kirsty MacColl is still the country's favorite ballad for this time of year, according to a new survey from Applegreen.

Applegreen, a motorway forecourt and convenience retailer in Ireland, surveyed more than 1,000 road users to find Ireland's most common and favorite festive rituals over the Christmas season.

“Fairytale of New York” was initially released as a single on November 23, 1987 and then later featured on The Pogues' 1988 album 'If I Should Fall from Grace with God.'

Over the years, the folk-style ballad has continued to be a Christmas hit in the U.K. and Ireland, where it topped the VH1 greatest Christmas song charts at #1 for three years running between 2004 and 2006. According to Songfacts.com, it is the 19th most charted song of all time.

The song remains popular despite continued controversy over its lyrics, which contains derogatory terms for gender and sexuality, with some radio stations playing an edited version of the song.

In a December 2012 article written for The Guardian about the story behind the song, Dorian Lynskey wrote: "Once upon a time a band set out to make a Christmas song. Not about snow or sleigh rides or mistletoe or miracles, but lost youth and ruined dreams. A song in which Christmas is as much the problem as it is the solution. A kind of anti-Christmas song that ended up being, for a generation, the Christmas song.

"It is loved because it feels more emotionally 'real' than the homesick sentimentality of White Christmas or the bullish bonhomie of Merry Xmas Everybody, but it contains elements of both and the story it tells is an unreal fantasy of 1940s New York dreamed up in 1980s London."