Eve Hewson keeping busy with Behind Her Eyes and The Luminaries

Eve Hewson reflects on being an actress with a very famous parent. 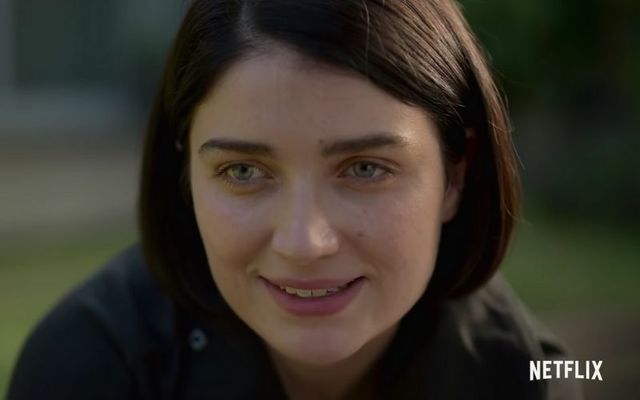 Much of the world is still captive to TV sets thanks to Covid restrictions, and Eve Hewson is happy to provide the entertainment.

The 29-year-old Irish actress stars in a new Netflix thriller called Behind Her Eyes which drops this week, and last Sunday, the Starz network debuted her show The Luminaries which she filmed in New Zealand before the pandemic.

During an interview with the Irish Mirror, Eve spoke about the pride her famous parents Bono and Ali Hewson take in her burgeoning career.

“I always say my dad’s a crazy stage mom with me. Whenever we’re out, he’s always introducing me and talking about my work,” she said.

“He gives my full IMDb credits to whoever we’re having dinner with. And my mom is very supportive too, so that‘s really nice.”

Eve also lauded her folks for sticking with each other since they first met as youngsters in Dublin.

“I do find relationships in Hollywood very funny. When an actor becomes a star and makes it big, they leave their long-term boyfriend or girlfriend behind and then start to date another star,” she said.

“It’s a little sad. My parents met when they were 12 and started dating at 15, so I don’t see anything wrong with being with someone your entire life. You never know what’s going to happen, but I think it’s about being there for the person.

“One thing I like about my parents is they’ve kept all their childhood friends. They all support each other, which I think is very telling of their character.

“I want to keep all of my same friends. My roommate in New York had been my friend since I was four.”

Eve hasn’t been able to return to the U.S. since the lockdown, so she’s been back and forth between London and her parents’ place in Dublin.

“I have a lot of Irish friends in London. In some ways, the pandemic hasn’t been too hard for actors, as we’re used to sitting around and being unemployed, but this has been the longest lull in my career,” she revealed.

“I flew home to Dublin for a while and I was with my family for a few months, but then I came to London by myself. I have a cat and she’s all the company I need.”

Check out the trailer for Netflix's "Behind Her Eyes" starring Eve Hewson here: