Emma Thompson dished on her six-year marriage with Belfast native Kenneth Branagh in a recent interview with The New Yorker. 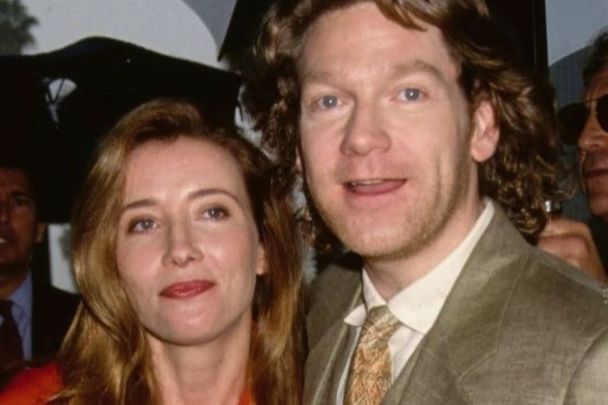 If Kenneth Branagh happened to Google himself last Friday, he wouldn’t have been too happy with the results.

His ex-wife Emma Thompson, in an interview with The New Yorker, dished on their six-year marriage which ended in 1995 when he started an affair with the actress Helena Bonham Carter.

In a new Profile, the actor and screenwriter Emma Thompson confesses to a “lifelong shame and non-­acceptance of my own body, which grieves me deeply, but there it is.” https://t.co/5qulj0NwPc

Branagh won his first Oscar this year for his autobiographical film "Belfast;" Thompson's got two statues to her credit. They were together for two years before tying the knot in 1989, and the British actress knew what she was getting into with the Northern Irish star as he was unfaithful during their courtship.

“The Ken stuff put her through the wringer,” Thompson’s friend Humphrey Barclay told the magazine. “She had a three-hour cry on my shoulder about what a brute Ken was. And then, six weeks later, she said, ‘And we’re getting married. Isn’t it lovely?’”

Branagh was “incandescent with ambition and performance energy,” Thompson recalled, adding that they were like “two mating lobsters, we clashed claws.”

For the duration of their union, the media treated Branagh and Thompson as a golden couple.

“I was embarrassed largely by the press version of our marriage,” Thompson said. “We didn’t present as glamorous in any way. I don’t think we wanted to be some power couple, and we certainly didn’t feel like it. We were lampooned and ridiculed, too — fair enough if you’re famous and overpaid — but it’s no fun.”

And then came the rupture, Branagh’s affair with Carter, who he met on the set of his film Mary Shelley’s "Frankenstein."

“I was utterly, utterly blind to the fact that he had relationships with other women on set,” she said. “What I learned was how easy it is to be blinded by your own desire to deceive yourself. I was half alive. Any sense of being a lovable or worthy person had gone completely.”

In prior interviews, Thompson made it clear that she had forgiven Carter for hooking up with her man.

“That is…all blood under the bridge. You can’t hold on to anything like that,” Thompson told the U.K. Sunday Times a few years back.

“It’s pointless. I haven’t got the energy for it…Helena and I made our peace years and years ago…she’s a wonderful woman.”