Five-year-old Emma Sophia, whose video of her singing "Danny Boy" went viral earlier this year, has caught people's attention again with her version of "Have Yourself a Merry Little Christmas". 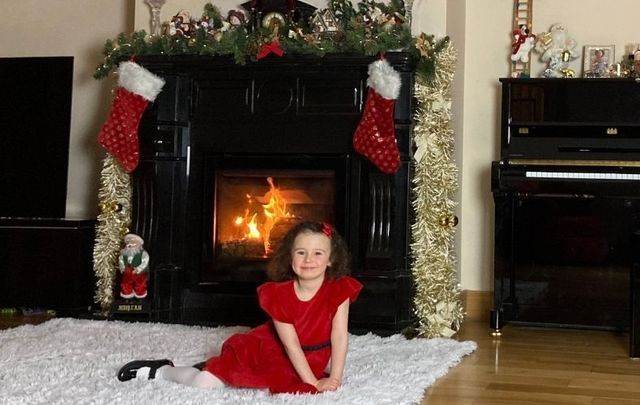 A video of five-year-old Emma Sophia from Kinsale in County Cork singing a beautiful version of the old Judy Garland classic, "Have Yourself a Merry Little Christmas" will warm your heart.

The video which was posted online this week already has over 8K views on Facebook and is "dedicated to everyone around the world who believes in the magic of Christmas and who wants to spread joy and happiness in this festive season".

Filmed around Cork city, it shows a little girl, out with her Mom to post her letter to Santa, stopping to view all the wondrous sights along the way.

The young performer first came to public attention at the age of three at the start of the first lockdown, when her parents uploaded a video of her singing "Ireland’s Call" encouraging the people of Ireland that we’re all in this together.

"The Emma Sophia Show" followed on YouTube as a fun family lockdown project in which Emma Sophia sang a new song each week along with telling jokes and performing various musical challenges.

In December 2020 she was invited to perform "Walking in the Air" for the Cork Opera House Christmas Concert, an experience her mom says she very much enjoyed.

The following March 2021, she released a music video of "Danny Boy" which featured some stunning Irish scenery. This video went viral, garnering millions of views on social media in just a few days,

Now with over 12,000 followers on Facebook, the page run by her parents has become a warm community of people from all over the world who enjoy Emma Sophia’s singing and antics.

There are also regular uploads of photos of Emma Sophia visiting famous Irish landmarks and areas of great beauty, which her international followers particularly enjoy seeing.

Speaking to IrishCentral, Emma Sophia's mom Mary Ryan said, "She was singing before she could talk and literally sings her way through every day.

"The purity of her voice, coupled with the beautiful Irish scenery makes for an emotive experience for viewers and people regularly comment on how they have been moved to tears, in a good way!"