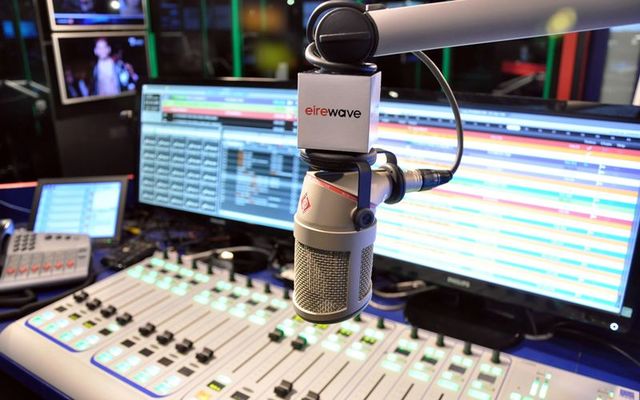 Eirewave is a new digital radio station based in Belfast, streaming only British and Irish Pop-Rock music. Eirewave

Eirewave, founded by Frenchman Olivier Mauxion, brings the heart and soul of British and Irish culture to ears all around the globe, ad-free.

Mauxion became a British and Irish pop-rock enthusiast in Paris in 1992 when he attended a U2  concert on the Irish rock band's ZOO TV Tour.  Inspired by this experience, he went on to attend Genesis’ We Can’t Dance tour that July, and Rory Gallagher’s performance in December.

Eighteen years later, the former radio presenter and consultant left France and moved to Ireland, immersing himself in the vibrant culture that had produced some of his favorite musicians.

After struggling to find a service that streamed his favorite tunes in a format that would work for him and millions of other fans around the globe, Mauxion founded Eirewave,

While music has become a lonely enjoyment, subject to private playlists and close-minded tastes, Eirewave aims to create unity among music lovers, broadcasting non-stop tunes that its listeners can enjoy together at the same time.

Jack McCarthy, from the station’s programming team, said: “The main target market is very socially active and attends a lot of musical gigs, concerts, and events. Eirewave keeps them constantly up-to-date on contemporary pop-rock music developments and events both on the airwaves and online.

"We strive to have a visible impact on the British music business industry by introducing new British and Irish artists, highlighting existing artists and promoting both to our listeners.”

Eirewave plans to broadcast on DAB+ in Belfast and Derry (NI) later this year, and new frequencies planned in Liverpool, Manchester, Leeds, Glasgow, Edinburgh and Cardiff in the following year.

“To compete in radio’s crowded marketplace, Eirewave had to propose a unique format, providing an alternative to the offerings of mainstream radio. Eirewave delivers music to its listeners by both broadcast and the internet, with the two technologies complementing each other," said Mauxion.

“In an effort to compete with other musical platforms such as Spotify, Eirewave has been made an Ad-Free station. The traditional economic model for radio that broadcasts 15 minutes of adverts per hour has become outdated and unattractive in light of advert-free platforms. Eirewave has new ideas to monetize radio in ways that do not jeopardize the listening experience.”