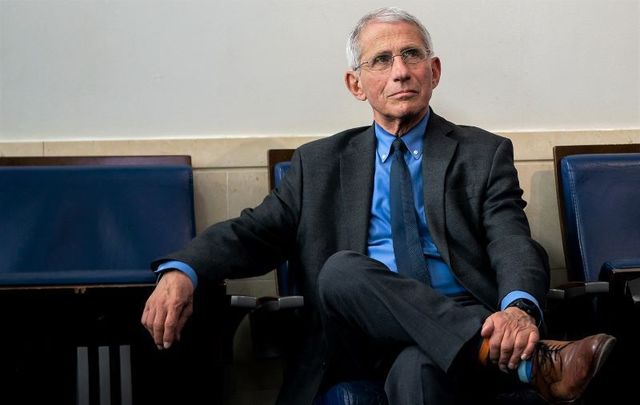 Dr. Anthony Fauci will feature on Ireland's Late Late Show this Friday to discuss America's handling of the COVID-19 crisis.

Tubridy announced the news on his show on RTÉ Radio One on Thursday morning and said that Fauci had been "undermined" by US President Donald Trump throughout the COVID-19 pandemic.

The Late Late Show host said that Fauci is available to talk to RTÉ on Friday because Trump doesn't want him anywhere near American television.

"[Trump] Has pretty much taken him off the TV so that he doesn't outshine him because, actually, Fauci is trusted and liked. And that's why, in some ways, Fauci is available to talk to us tomorrow night, because Trump doesn't want him anywhere near American TV. So, I'll talk to him," Tubridy said on Thursday morning.

Tubridy said that Fauci has the most difficult job in the world at the moment and said that he believes Friday night's discussion will be "intriguing."

"Imagine trying to protect the health of an enormous nation like that while being undermined by your own president... I mean, it is impossible," Tubridy said.

Tubridy also announced that former President McAleese would be joining him on The Late Late Show during his radio show on Thursday morning.

McAleese will be talking to Tubridy about her new book, which documents her time as President in addition to her work as a lawyer and her experiences as a mother.

Irish singing duo Jedward, who have emerged as unlikely champions of human rights during the Black Lives Matter protests, will also be joining Tubridy on Friday night.  Twins John and Edward Grimes, who achieved fame on the X-Factor in 2009, have been very vocal on a number of prominent issues this year, including racial injustice and trans rights.

Tubridy will also be speaking to Kellie Harrington, who won gold in the lightweight division of the 2018 World Boxing Championships.

"One of my personal favorites also joining us for the craic is Kellie Harrington, which I'm very happy about," Tubridy said.

He promised to announce more guests on Friday morning for what already promises to be a fascinating show.