Donegal road renamed ‘R2D2’ ahead of Star Wars Festival in May

A road in Co Donegal has been renamed R2D2 ahead of a Star Wars festival scheduled for May. 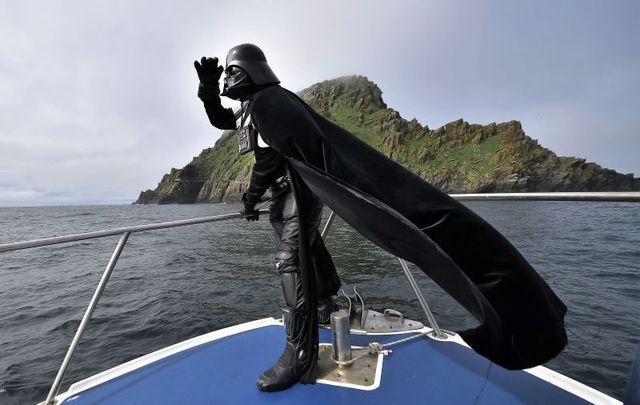 A scenic road in Co Donegal has been renamed the ‘R2D2’ in a nod to the filming of the Star Wars movie ‘The Last Jedi.’

Newstalk reports that local councilor Jack Murray proposed changing the name of the road, which was originally named the R242, to R2D2 after one of the film franchise's most popular characters.

Our signs have arrived! As part of our Star Wars celebrations in Malin Head, the R242 road will officially become the R2D2! How cool is that??? May the Fourth be With You

"It stands out, there's a road sign there where people can come and get their photo taken.”

"I suppose when you look at 'Game of Thrones' in Co Antrim... the benefits that they've reaped over there.”

"'Star Wars' is every bit as big as 'Game of Thrones' - so there's reason that we can't do the same in Inishowen.”

Launch of The May The Fourth Be With You Festival in Malin Head. Changing the road from the R242 to the R2D2.

"It's not imposing, it doesn't blight the landscape, it's not a permanent structure - it simply is one number being changed to a letter".

"There will be a bit more bureaucracy and red tape to go through before your Google Maps will be changed and for Ordinance Survey maps to be changed - but it's something I intend on pushing through the council".

"When I proposed this... it was unanimously supported by all parties, it's been very, very warmly welcomed by the community in Inishowen."

The renaming of the Donegal road comes just a few weeks ahead of the ‘May the Fourth Be With You’ Star Wars Festival that will run from May 3 - 5 in the area. Last year, the festival was hosted in Co Kerry.

Learn more about the filming of 'The Last Jedi' in Malin Head here:

Are you going to the Star Wars festival in Donegal this year? Let us know in the comments!