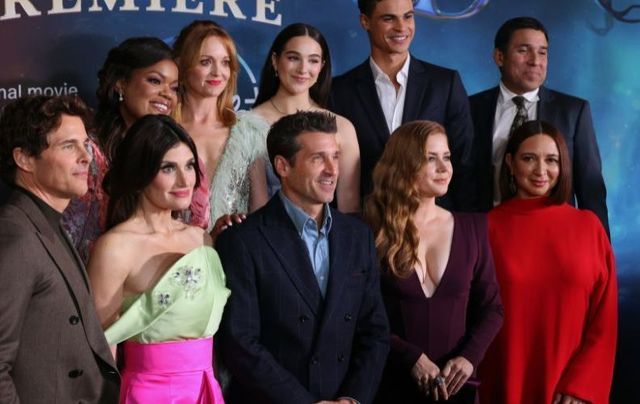 Stars of the newly-released Disney film "Disenchanted" "fell in love" with Ireland while filming the fairy tale on the Emerald Isle.

"Disenchanted," which is a sequel to the 2007 film "Enchanted", was shot in Ireland during the Covid-19 pandemic when the country was in and out of lockdowns.

Stars of the new film, including Patrick Dempsey and Idina Menzel, paid tribute to the "beautiful" Irish countryside and the friendly local film crews.

Dempsey spoke about his love of Ireland at the film's world premiere in Los Angeles on November 16, stating that he particularly enjoys the countryside and the west coast.

"I like the west coast the best and getting out of the cities," Dempsey said.

"We were in lockdown so you could feel that sadness and frustration, then when you get out to the countryside it was a whole different experience, so that was great."

Maya Rudolph, who rose to fame on Saturday Night Live, said she felt "very lucky" to shoot the film in Ireland.

"I loved it, I can't believe we got so lucky," Rudolph said.

"And it wasn't just that we got to be in a beautiful place, (but) everyone that we worked with... was mostly a local crew and they were pretty much some of the best people I've ever worked with."

Rudolph added that she "fell in love" with Ireland while shooting the film there.

Idina Menzel, who starred as Elsa in the "Frozen" movies, lauded the Irish production crew for "taking such good care of us".

"(Ireland) is beautiful, and our crew were all Irish and that was the best part," Menzel said.

"I made friends forever, the hair and makeup people took such good care of us and showed us the country."

Menzel also said that she got used to the Irish accent "pretty quickly".

Check out the trailer for "Disenchanted" here: