"Derry Girls" is coming back for its third and final run and the trailer for the new season promises the same old heartwarming hijinks. 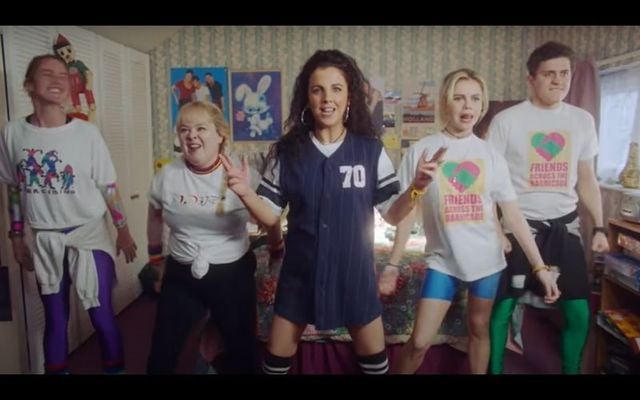 "Derry Girls" is back for one last run! Channel 4, YouTube

The trailer for the third and final season of "Derry Girls" is here!

The popular comedy series, which airs on Netflix in the US, follows a group of rowdy teens in the 1990s in Northern Ireland during The Troubles.

Series creator Lisa McGee has previously said she based the show on her own experiences growing up in Derry, Ireland.

The third and final season was confirmed in April 2019, but the coronavirus pandemic delayed filming, which finally began in October 2021.

McGee released a teaser trailer of the third season back in December after the filming of the show had wrapped.

While season one of the series was set during The Troubles, the second season was set against the backdrop of the peace process. The final season will show viewers that while Northern Ireland is growing up, “this gang of eejits certainly aren’t anytime soon," reports Variety.

“While there’s hope in the air that The Troubles may finally be over, their troubles are only just getting started as they get ever closer to ‘adulthood,'” reads a description from Channel 4.

While a release date of the third season has not been revealed, the final six episodes of "Derry Girls" are expected to drop sometime this year.

The first two seasons are currently available to stream on All4 in Ireland and the UK and on Netflix in the U.S.