The European Capital of Culture year event generates significant economic benefits for the host city as well as providing diverse cultural and social events throughout the year. 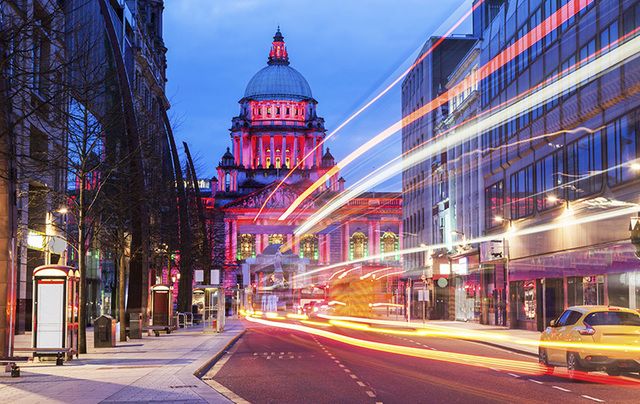 European Capital of Culture bids are in the works for 2023, and two Northern Ireland cities have launched their joint bid for the prestigious title.

Belfast City Council, Derry City and Strabane District Council have announced that they are making a joint bid.

The City of Belfast at night. Credit: Ireland's Content Pool

Cities across Europe have benefited from the year long festival, which brings a considerable amount of tourism and economic benefits for the winning metropolitan area. Ireland has had two cities – Dublin and Cork – act as hosts and Galway will be cultural capital of the EU in 2020. Glasgow and Liverpool are the only two cities in the UK to have hosted the event.

Being the European Capital of Culture generates significant economic benefits for the host metropolitan area. It also guarantees the locals will enjoy a diverse cultural and social scene throughout the year. The event is a great way to bring the various European cultures closer together and to celebrate diversity. The first European City of Culture program was held in Athens in 1985.

It’s no surprise that Belfast and Derry city are so keen to be part of the 2023 event. The cities will benefit from all the cultural events and Northern Ireland will, hopefully, enjoy something of a tourism boom.

If you wish to learn more about the joint bid, click here.

What do you think about the joint bid between Derry and Belfast? Let us know in the comments.