Dermot Kennedy and Meduza performed their chart-topping hit "Paradise' on "Ellen" on March 22. 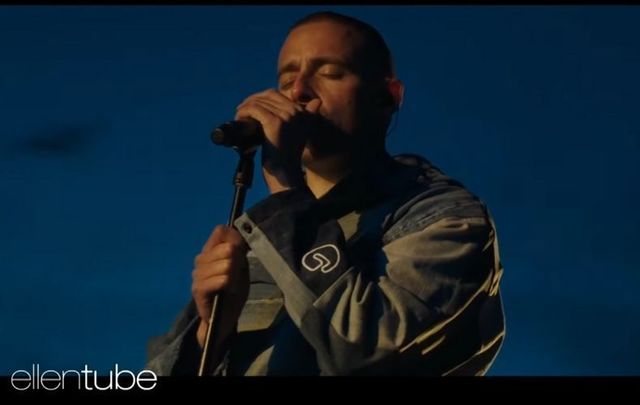 While it was his first time performing "Paradise" on television, it was Dublin native Kennedy's second time appearing on "Ellen."

Released in October 2020, "Paradise" was Kennedy's first new single since the debut of his first studio album "Without Fear" in 2019.

'Paradise' feat. @meduzamusic is out now! Thank you so so much to everyone who's contributed with their #DermotParadise piece, they’re so beautiful. https://t.co/ajVdc4sfh5

Less than a month after its official release, "Paradise" went on to top the Irish Music Charts:

Our song ‘Paradise’ x @meduzamusic is number 1 on the @irishcharts !!! I’m the first Irish artist to achieve this in 5 years!! Thank you so so much to everybody who has helped me do this! Love 🇮🇪💚 pic.twitter.com/uadnyZMzsb

Kennedy has been enjoying a steady rise to fame since his humble beginnings busking on Dublin’s Grafton Street and has gone on to perform on the main stage at Ireland’s massive Electric Picnic music festival.

Found this on a hard drive from 2015! You’ve come a long way 🙌🏻 pic.twitter.com/wr4ZS3wQhz

Upon the release of his debut album "Without Fear" in 2019, Kennedy mounted a US tour that was ultimately halted last year when the global health crisis took hold. However, the Dublin native was able to perform a sell-out show at New York City’s Radio City Music Hall just before pausing the tour.

So this happened last night. Milestone after milestone. It’s never anything but beautiful with you New York. Thank you so much ♥ X
.
📷 by @lucyfosterphoto pic.twitter.com/NfIqh7HCtd

Dermot Kennedy is currently in the US and is understood to be working on his next album.

Friday night in the studio, searching for something special. It never ever stops pic.twitter.com/hLgDpQZuyJ