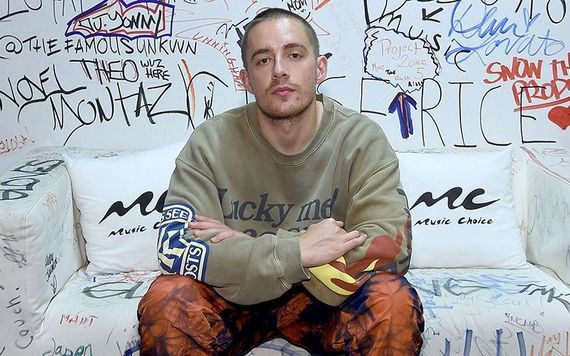 Dermot Kennedy is set to appear on Friday's show. Getty

Mary Lou McDonald, the President of the Irish political party Sinn Féin, will be discussing her recent battle with COVID-19 in addition to her views on Ireland's government formation and February's general election with host Ryan Tubridy, who also recently recovered from the virus.

The Sinn Féin leader announced she tested positive for the virus on April 13 after a 16-day wait for her test results.

Dermot Kennedy, meanwhile, will perform a number of songs live in-studio on Friday's show. The singer has become one of Ireland's most popular exports and recently embarked on a two-month tour of the US before canceling the last five gigs due to the COVID-19 pandemic.

A number of Irish singers, including Hozier and Glen Hansard, have performed poignant songs on The Late Late Show in recent weeks in honor of COVID-19 victims and frontline staff.

Tadhg Fleming will join Ryan Tubridy to discuss his 91-year-old grandmother Mary O'Brien, who went viral earlier this week when she featured on the American Late Late Show with James Corden.

Fleming's grandmother was the star of a heartwarming video when community members donned ABBA outfits and sang "Mamma Mia" on the street in social distancing style when she was feeling low during the COVID-19 pandemic.

The Kerry native previously rose to internet stardom when he hilariously filmed his family's reaction to a bat that became stuck in the family kitchen.

Scott, who played Moriarty in the BBC hit show Sherlock, will be discussing missing Ireland during Coronavirus lockdown and his recent Golden Globe nomination for his role in Fleabag - a British comedy-drama series.

Orla Tinsley, a Cystic Fibrosis advocate based in New York, will also be joining Tubridy via webcam and television presenter Patrick Kielty will also make appearances on Friday.