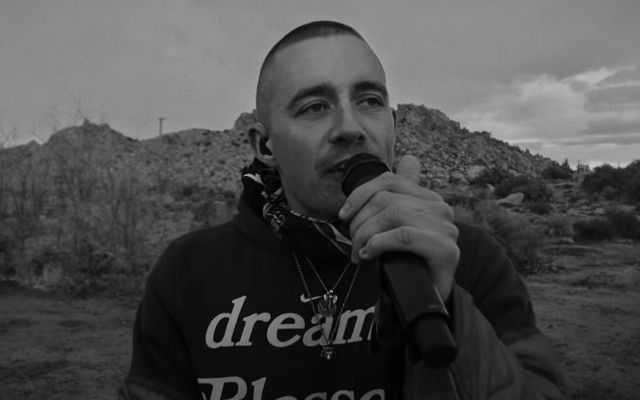 Dermot Kennedy’s “Live at Joshua Tree National Park” is now available on YouTube for all to enjoy.

The special performance was filmed as an opener for “U2: The Virtual Road,” a series of four concerts that were broadcast for the first time exclusively on U2's YouTube channel for 48 hours only. (The final installment, "iNNOCENCE + eXPERIENCE: Live in Paris (2015)” airs on April 10.)

In March, Kennedy, a native of Dublin just like Bono and the gang, said he was "really honoured" to have been selected to support U2 in the virtual concert series.

The nearly-18 minute private mini-concert opens with Kennedy reading a portion of the lyrics from U2’s “Where the Streets Have No Name," which featured on U2's iconic 1987 album "Joshua Tree."

Perhaps a nod to his burgeoning stardom, Kennedy dons a sweatshirt that reads “Dreams blossom in time.”

It then transitions into Kennedy singing his original song “Lost,” which appeared on his debut studio album “Without Fear,” which was released in October 2019.

Next up, Kennedy dives into “Outnumbered,” which exploded on the Irish music charts over the past year.

He then follows up with a lively performance of “Giants,” which he released last summer, and closes out his stunning performance with “An Evening I Will Not Forget.”

Kennedy has been sharing snippets of his recent travels across the US with his diehard fanbase over on social media. Judging by the hints he’s been dropping, the Irish singer-songwriter is hard at work on his next and highly-anticipated album.

This next album is starting to feel very real in my mind now. Things are taking shape. A lot of new stories to tell pic.twitter.com/MQ8KHYbYWV