Daniel O'Donnell has released a music video for his new song "Down at the Lah De Dah" and it's gained a big reaction from fans online. 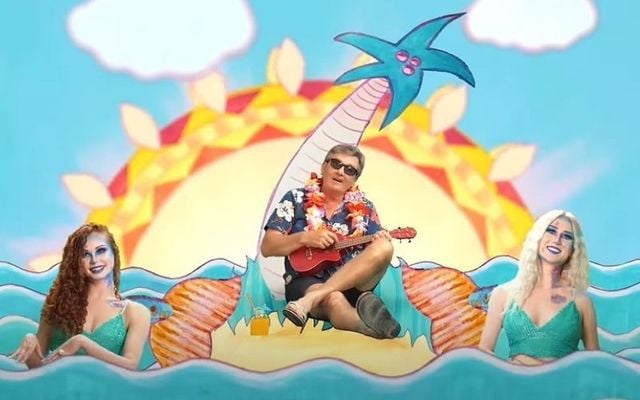 Daniel O'Donnell has released a new single ahead of his 60th birthday and it's causing quite a stir online.

Daniel O'Donnell is living his vacation dream in his latest music video titled "Down at the Lah De Dah".

The feel-good song features the Donegal icon working a day job while fantasizing about escaping reality and "enjoying a perfect margarita in a mason jar" while dancing in a hula skirt (yes, you read that correctly).

The Irish country singer's great sense of humor is evident in this tropical-themed dream and fans can't get enough of it.

The music video, which was released last Friday, currently has more than 50k views on YouTube and is trending #6 in the Irish YouTube charts.

O'Donnell's video has also gone viral on Twitter, and fans have shared their best and most Irish reactions to the colorful and feel-good music video.

This initial tweet from one Irish user started off a chain reaction:

I'm not exaggerating when I say the new Daniel O'Donnell video might be the best thing to ever come out of Ireland pic.twitter.com/enrmWIJiQo

Some have even called for Daniel O'Donnell to be the next President of Ireland.

Next president of Ireland https://t.co/BEiYgPtKvc

The creators behind the music video even shared some behind-the-scenes footage!

We made this! He is class craic to work with. @react_films pic.twitter.com/hO9uBa4QGS

The most important lesson we've all learned though is to live life a bit more like Daniel.

Live life like you were in a Daniel O'Donnell video ?#LahDeDah https://t.co/onWuQT8vmv

The 15-track album "Daniel O'Donnell 60" is available now on vinyl, CD, and digital, features the singer's own upbeat versions of "Let Your Love Flow", "I’ll Never Find Another You", "Happy To Be On An Island In The Sun", and "Something Stupid", a duet with his wife Majella.

O'Donnell is already back touring in the UK and USA and will get back on the road in Ireland next year for his rescheduled Irish shows.