Conor McGregor's Dublin pub gets visits from big US stars 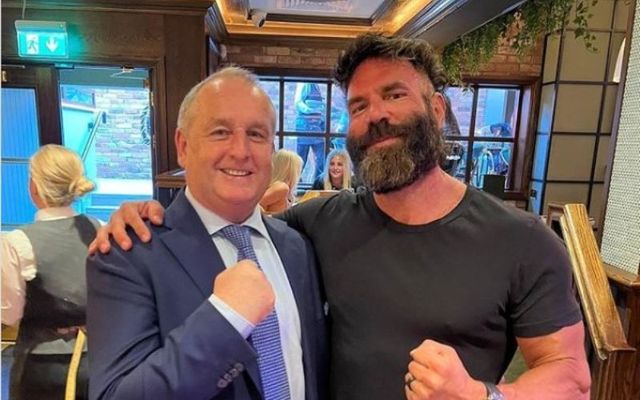 Dan Blizerian and Coolio both caused a stir in recent days after visiting Conor McGregor's Black Forge Inn in Dublin.

Blizerian, 41, who calls himself "the King of Instagram", visited the South Dublin establishment with seven models, sharing his visit on his Instagram story and thanking McGregor for his "hospitality".

Black Forge manager Liam Flynn also shared a number of photos of Blizerian's visit on his Instagram account alongside the caption: "Dan the man dropping into the home tonight doing it the proper way".

Some Black Forge followers were quick to call up Flynn for allowing Blizerian into the bar while wearing shorts, disregarding the establishment's dress code.

Blizerian wasn't the only celeb to visit the Black Forge this month.

American rapper Coolio, who achieved legendary status with the iconic 90s hit "Gangsta's Paradise", was also pictured hanging out in the pub's smoking area during the week alongside Dublin rappers "Eskimo Supreme" and "Casper Walsh" of Versatile.

Irish MMA superstar McGregor purchased the Black Forge for a reported €2 million in 2020 and spent a further €1 million renovating the Crumlin establishment.

The fighter has also purchased the nearby Marble Arch in Drimnagh as part of his blossoming pub empire.

More recently, McGregor added to his growing pub portfolio by purchasing the Waterside bar in the affluent North Dublin suburb of Howth.