The UFC champion says his next goal is to eclipse Real Madrid soccer star Cristiano Ronaldo to become the highest-paid athlete in the world. 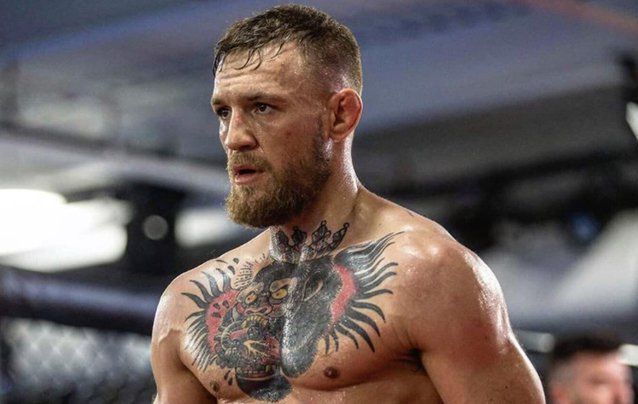 “Notorious”, the documentary film based on the success of MMA fighter Conor McGregor, is set to be released in Ireland and the US in November 2017. INSTAGRAM / @THENOTORIOUSMMA

The 29-year-old told Reuters that he wants to build a financial empire through a combination of new business ventures such as tailored suits, “Notorious” brand whiskey, plus fight purses, pay-per-view and sponsorship revenue. His ambition is top the Forbes 100 list of the world’s highest-paid athletes.

“You know, I just dream of hitting that ‘billy’ mark, if I‘m being honest,” he said. “I‘m cruising toward that billion-dollar mark.”

Read More: Conor McGregor readies for legal fight over use of his "Notorious" trademark

“Ronaldo was number one last year, I was number 24... with $34 million in revenue,” McGregor said, adding that he earned $140 million from his 10th round technical knockout defeat by Mayweather in August.

“Next year, if it stands as is, Floyd will be number one, I’ll be number two, and Ronaldo will be number three (on the Forbes list). If I fight one or two more times I will overtake him (Mayweather),” added McGregor.

McGregor was speaking ahead of the premiere of the documentary film “Notorious,” which covers his rags to riches tale, from a trainee plumber to a two-weight UFC Champion.

McGregor said he wants to co-promote future fights with the UFC and also wants to get a stake in the company.

He referenced rapper and businessman P. Diddy as the model he’s following to build his own financial empire.

Speaking of his rise from the humble conditions show in the early part of the film, he said: “The world I was in then to the world I‘m in now, it’s alien to me. It’s just a completely different ball game. It took me back, it almost humbled me.”

“(But) I‘m just the same person. As far as everything else, there’s a lot around me that has changed. But me? I‘m the same person. I‘m cocky, I‘m arrogant but I‘m hard-working, I‘m humble. I‘m a mix of things,” he said.

“Notorious” will be shown in selected cinemas in Ireland, Australia, the United Kingdom, and the U.S. before being made available on DVD and for download on Nov. 20.