“Notorious,” the documentary film based on the success of MMA fighter Conor McGregor, is set to be released in Ireland and the US next month. 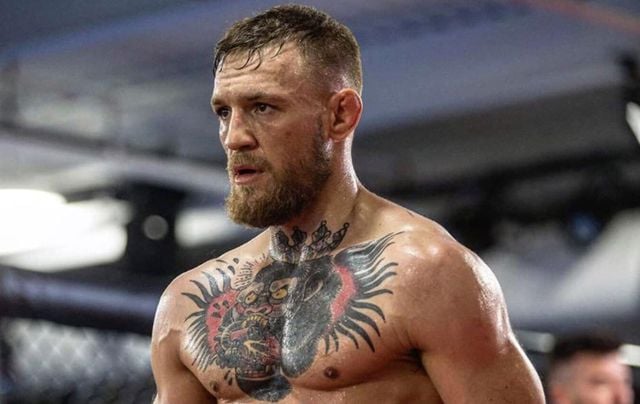 “Notorious”, the documentary film based on the success of MMA fighter Conor McGregor, is set to be released in Ireland and the US in November 2017. Instagram / @thenotoriousmma

A teaser trailer from the documentary film on the rise of MMA superstar Conor McGregor, announced by universal earlier in 2017, was released this week.

The teaser trailer for the documentary film "Notorious: The Film" on Irish MMA and sporting superstar Conor McGregor is finally here. It seems McGregor fever is still raging despite his defeat in his super-hyped bout with Floyd Mayweather in August.

Announced by Universal not long after the Crumlin native's defeat by Mayweather, the movie will cover the epic tale of the rise to success of the 29-year-old, from the time when he collected social welfare payments after leaving his job as a trainee plumber, to his becoming a UFC Champion and culminating with the media circus that surrounded his first step into professional boxing.

The movie is set to be released in Ireland and the UK on Nov 1 and in America and Canada on Nov 8. The documentary is also believed to focus on the fighter’s relationship with Dee Devlin, the girlfriend who has been with McGregor from his time on the unemployment line to today.

When Universal first made the announcement of “Notorious: The Film” in July, they released a photo with the caption: “Coming Soon – The official story of the unstoppable rise of Conor McGregor. Happy birthday to the champ!"

Conor McGregor's rise from rag to riches will be told in "Notorious: The Film."

If the trailer is anything to go by we can also expect a lot of talk about being Irish from the man known for walking out to the cage to the sound of the Irish song “The Foggy Dew.”

Arnold Schwarzenegger and UFC President Dana White are among those who provide insights into the preparation before the fight with Mayweather and those are sure to interest many.

Conor McGregor, his girlfriend Dee Devlin, and their son Conor.

Are you looking forward to watching “Notorious”? Let u know about it in the comments section, below.