Conor McGregor the real thing, a symbol of hope

McGregor is an incredible rags to riches story who keeps close to his working class roots and has spun a tale that has intrigued the world. 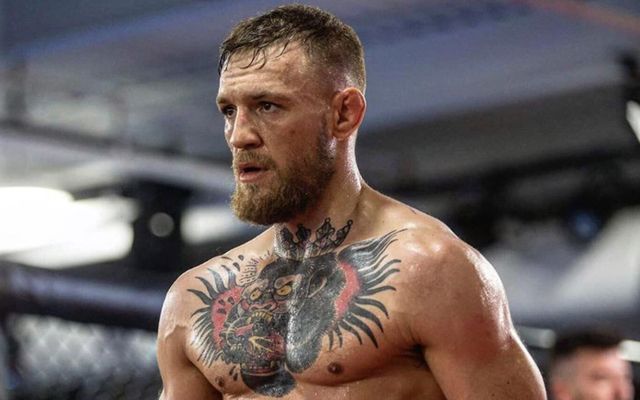 This just in! Conor McGregor and Michael Phelps have signed a multi-million dollar deal for an underwater boxing match. The winner will be the person who doesn’t drown after 15 rounds.

Also on the horizon, a one on one boxing match with LeBron James, with McGregor holding a basketball in one hand.

And finally, there’s news that a Lance Armstrong vs. McGregor fight is in the works, with Armstrong on a unicycle for the entire bout, and without the use of his performance enhancing drugs.

Bizarre, absurd and incredible of course, but last Saturday night’s donnybrook pitting McGregor against Floyd Mayweather was a spectacle like no other too.

Let me explain. I did not watch the fight, thinking it would go one round with McGregor flat on his back after a couple of minutes.

The fact that it went 10 is a testament to his courage and to Mayweather’s style, which develops as a slow, patient, feel-his-opponent-out rhythm before coming on strong in the final rounds.

Say what you like, but on everyone’s scorecards McGregor won the first three rounds apart from two of the judges who were looking at a different fight.  You would have got record odds on that happening, so McGregor deserves the kudos.

The more you see McGregor, the more there is to admire. He doesn't have a well-oiled publicity machine around him; he is not cosseted and fawned over like Mayweather was by those around him. He is his own man.

He also has the heart of a lion. Any other boxer would have taken a knee in the ninth or 10th round given the hammer blows he was receiving. McGregor’s anthem might have been “I’m still standing” as he battled bravely on.

Other fighters, the money in the bank assured, might have stayed in their corner, but not McGregor, who comes out of the fight with a huge enhanced reputation.

And to hell with the naysayers and purists who decry his success and made the bout out to be a freak show.

Entertainment comes in many forms. A hundred bucks would not go far in any Las Vegas casino, so why not spend it on a truly unique event for a pay-per-view ringside seat.

There was a lot of nonsense talked about McGregor being racist and about how Mayweather had to take second place to the white guy.

But we all know who had the bigger check-by $70 million --v$100 million to $ 30million before the fight started. That would be hard to prove as a racist turnup now.

Someday they should build a statue to McGregor in Dublin, perhaps something like the one to Bill Clinton in Ballybunion with a touch of fun.

McGregor is an incredible rags to riches story who keeps close to his working class roots and has spun a tale that has intrigued the world. He is now one of the most recognized sports figures on the planet.

Popular figures like McGregor should not have to wait to die for a statue to be erected. Every working class Dublin kid from neighborhoods infested with thugs and drugs now has a reason to look up and hope a little.

Liam Neeson, born and raised around The Troubles, took inspiration from Muhammad Ali and soared to Hollywood heights. McGregor can be a similar icon for generations of young Irish.  Praise where praise is due.