Conor McGregor "looks like his piss would melt that USADA (U.S. Anti-Doping Agency) cup," Joe Rogan said on a recent episode of his podcast. 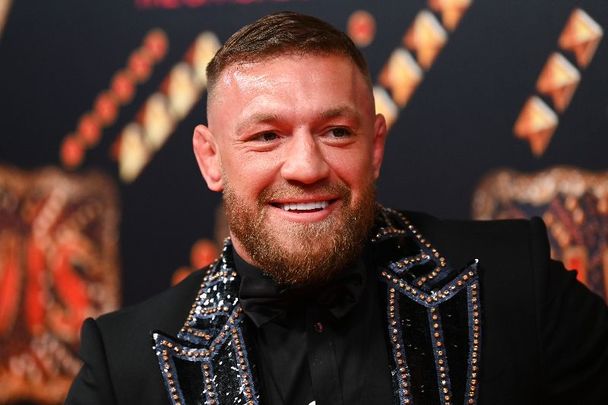 Conor McGregor, away from the UFC since breaking his leg during a fight in July of 2021, has been doing a lot of beefing up since then – like, A LOT of beefing up.

So much so that Joe Rogan, UFC commentator and host of one of the world’s most popular podcasts on Spotify, thinks that the Irishman might be getting some chemical help.

Rogan, on the December 3 episode of his "Joe Rogan Experience" podcast, said this of the 34-year-old Irishman: “He’s taking his shirt off and posing constantly, and he looks like his piss would melt that USADA [U.S. Anti-Doping Agency] cup.

There’s no doubt that McGregor's look has changed these past few weeks. He shed his beard and added lots of inches to his chest and his biceps.

But his ability to defend himself, at least verbally, remains intact, so of course, he wasn’t going to let Rogan get away with the ‘roid charge.

McGregor tweeted, and deleted, two photos of Rogan – one from when he was 25; the other at 52.

“Joe looks like his piss melts his knickers. In the company that long and never took a fight hahaha @ufc oh tae kwon do competition, call the cops hahahahaah,” McGregor wrote.

No doubt when – if – McGregor returns to the UFC, Rogan will be ringside and all of the above will be a distant memory.

*This column first appeared in the December 14 edition of the weekly Irish  Voice newspaper, sister publication to IrishCentral.