The veteran Irish actor said starring in the Aldi commercial was "a total joy." 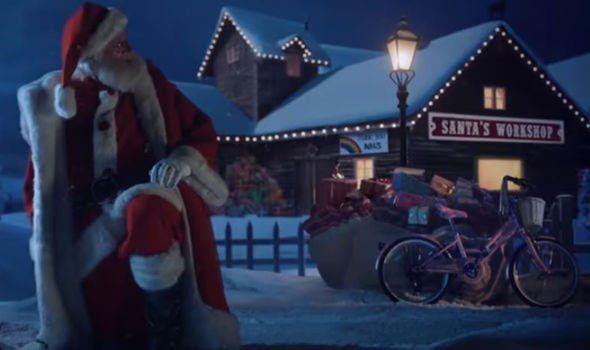 The commercial for the discount supermarket chain centers around the adventures of Kevin the Carrot, an animated character who has featured in Aldi’s Christmas ads for the past six years.

In October 2020, Aldi released a 40-second teaser showing Kevin in a Top Gun-style fighter jet along with Lieutenant Turkey. After encountering Santa and his reindeer above a snow-capped mountain range, Kevin is accidentally ejected from the jet and is last seen spiraling to the ground with his parachute in flames. The teaser ends with the hashtag #WhereisKevin.

After a rough landing in the middle of nowhere, Kevin encounters Harry the hedgehog, who offers Kevin a lift but the two end up falling into a ravine.

Thankfully, Santa (Colm Meaney) appears to help Kevin find his way home to his family in time for Christmas.

Meaney described his experience starring in the ad as “a total joy."

“I thought it was about time that I played the big man himself and so was delighted to be asked by Aldi to be part of its Christmas campaign,” he said.

“Kevin the Carrot and his family were incredibly welcoming on set and the whole experience was a total joy – even getting in and out of the big red suit.

He added: “Oh, and contrary to many men during lockdown, I can confirm that the beard is not mine.”

The music you hear in the advert is John Williams’ theme from the Christmas movie classic "Home Alone," starring Macaulay Culkin.

You can watch the cute, heartwarming ad below:

And did you know Kevin had "roots" in Ireland? This Ireland-only bonus footage of the commercial has also been released.