"I remember after about nine or 10 days, feeling the absence of touch in my life." 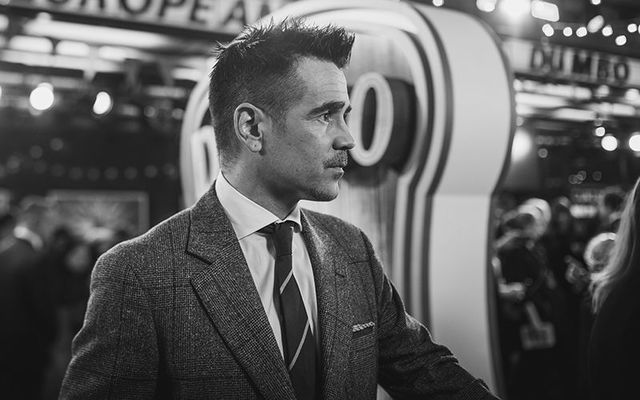 An Irish newspaper nabbed an exclusive Zoom interview with Colin Farrell, and he’s very much feeling the loss of human contact.

Colin lives in the Los Feliz neighborhood of Los Angeles – his two sons live in the city, and so does his mom and sister – but he told the Mirror he’s isolating all by himself.

“I had just come back from London when the lockdown started in March and I was completely alone in this house for two whole weeks,” he told the Irish Mirror.

“I don’t have a partner and my two children were with their moms. I remember after about nine or 10 days, feeling the absence of touch in my life.

“I am aware that I am fortunate to have food in the fridge, a nice house and money in the bank, but for the first time during those 10 days, I became so aware that I was always used to having touch in my life.

“I literally mean the handshake with your barista in the coffee shop down the road, a hug with a friend, a high five, a knuckle bump, whatever it may be.

“Solitude is not always a choice for many of us living in solitude now, because of the degree of enforcement. It’s like an affliction.

“Before this, I’d say I’d rarely gone even a week without touching anyone and it was something I was really, really missing, really, really lacking.”

Colin was in London working on the new Batman film – he’ll play the Penguin – when the world ground to a halt.  He’s been photographed in recent weeks taking walks around his neighborhood sans a litany of tattoos that used to adorn his upper body.

“I'm getting rid of them because I got tired of getting painted in the makeup chair anytime I wear a t-shirt,” Farrell said on The Late Late Show last year.

“It buys me an extra 45 minutes of sleep in the morning. Obviously, none of them had that much significance to me that I would choose 45 minutes over my own history!”