The Irish actor told Jimmy Kimmel that he had never heard of green beer before he came to America. 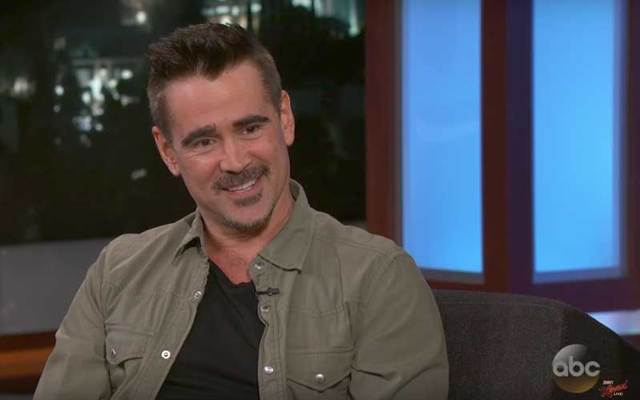 During the interview, the Irish actor talked about living in the United States for the past 12 years and his favorite Christmas traditions.

The Dubliner gushed about his much he loved Christmas and talked about decorating his house and watching Christmas movies.

He also said that, living in sunny Los Angeles, he missed the cold weather around Christmas time.

When Kimmel asked him about drinking egg-nog, the Castleknock native said that was “a cultural crossing pint that he hadn’t reached the other side of.”

Keeping with the holiday theme,  the late night TV host brought up St Patrick’s Day, and Farrell said “he had never heard of green beer before he came to America.”

The actor laughed, “Who wants to drink green beer?”

Read More: Colin Farrell plans on taking a break at 40

When Kimmel said he wondered who came up with the green beer idea, Colin quickly replied, "I have no idea, but I can tell you - that if he was 'Irish', they were three-generations-removed."