Colin Farrell's friendship with Elizabeth Taylor may have given the iconic actress "more years," her biographer claims. 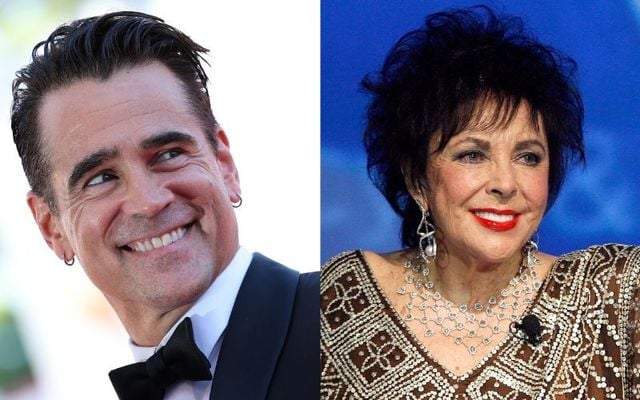 Colin Farrell at the "The Banshees Of Inisherin" red carpet at the 79th Venice International Film Festival on September 05, 2022, and Dame Elizabeth Taylor at the 25th Anniversary celebration gala for Macy's Passport in Los Angeles, California on September 27, 2007. Getty Images

Colin Farrell and Elizabeth Taylor's friendship has been well documented, and now a new authorized biography of the late actress is shedding even more light on how close the British superstar was to her Irish pal.

Kate Andersen Brower’s biography "Elizabeth Taylor: The Grit & Glamour of an Icon," said Taylor and Farrell had a “romantic friendship” that began in 2009 when they first met.

Farrell was awaiting the birth of his second son at Cedars-Sinai in Los Angeles, where Taylor was undergoing heart surgery at the same time. The Irish actor got talking to Taylor's assistant and a meeting between the two stars was soon arranged.

Their fast friendship was just the tonic Taylor needed prior to her death in 2011.

"Colin loved to joke with her," Brower told Fox News Digital. "He would go to her house in Bel Air, and he would pull down his pants and show her his tattoo, which was close to his crotch area. And she just loved that because he reminded her of Richard (Burton),” the actor who Taylor married – and divorced – twice.

Farrell fondly recalled when his friend would close her eyes and "relive her life with him."

She wrote to Farrell, "You remind me of so many good things…so many happy things."

"(There’s this) … raw sexuality that I think both Richard and Colin shared that was very attractive to her. … I think it maybe even gave Elizabeth more years, having that friendship towards the end of her life and being able to talk to somebody who was vibrant and reminded her of the great love of her life – (it) probably helped elongate her own life."