Which you think more deserving of your attention may come down to your age, but this critic picks 'After Yang' - by a country mile. 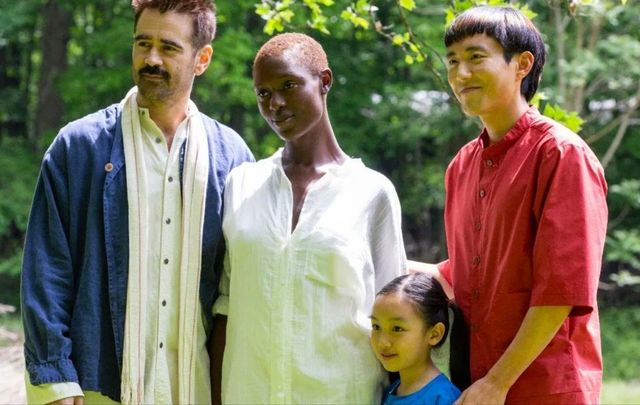 Colin Farrell is back in two very different films this week. One sees him play a father who's gently reconnecting to his family and himself in the sci-fi stunner 'After Yang,' the other one sees him play Batman's arch-nemesis The Penguin.

Which you think more deserving of your attention may come down to your age, but this critic picks 'After Yang' - by a country mile.

At his core, Farrell, 45, is one of the most sensitive screen stars Ireland has produced. Able to play an action hero when the need arises (witness his turns in films as various as Tigerland, The Gentlemen, and In Bruges), he's also able to convey characters with a rich if hidden emotional life in acclaimed films like The Lobster, The Beguiled and Ondine.

Add to that second list his haunting new performance in After Yang, which opens on Showtime this week. Not only is it his best film since The Killing Of The Sacred Deer (in which he starred opposite fellow Dubliner Barry Keoghan, 29) in this critic's view it's his most affecting screen performance ever.

'After Yang' is set in the future, where humanoid robots live with families as guardians and guides for the young. Yang lives with father (Farrell) and mother (Jodie Turner-Smith) and their adoptive Chinese daughter (Malea Emma Tjandrawidjaja).

Because Yang (Justin H. Min) is programmed to teach the daughter about her Chinese heritage and language, a task that her parents cannot perform, he does this with machine-like patience and attention to detail.

In fact, he's the big brother of your dreams because he comes when needed, can answer every question like a walking Google search engine and his greatest pleasure in life seems to be performing the job he is programmed for.

But in this on the surface placid world, we soon observe mother is more financially successful than father. She works for some kind of big tech firm whilst he runs a tea shop that sells fine teas, with the low turnover and profit that suggests.

Mother works for position and success but father seems to work for the sheer love of the products he sells, including how they are created, what they can do for people, and what they personally mean to him.

In this way, the film's Korean American director Kogonada begins to circle the 'After Yang's main themes, which are - who are we to each other and who we are to ourselves and how one can get lost in the other in ways that painfully separate us before we have even noticed? 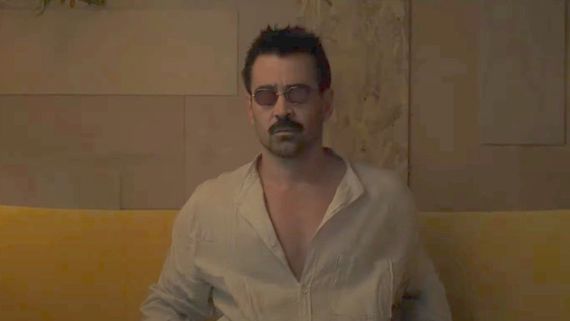 Farrell gives a slow burn performance as a man who just keeps missing himself. He knows that he could be closer to his wife and daughter and we see that he secretly wants to be, but like many middle-aged men in real life there seems to be an invisible glass that separates him from the people he loves.

This beautifully observed film builds into a world where what we want and what we get are so rarely united that when it does happen it has all the force of a revelation.

Father is a lonely man, but he's only dimly aware of it. He's also vaguely unsatisfied and sometimes openly resentful of the claims of parenthood. What he can't find is a way to connect all the pieces of his life to make them cohere into some kind of meaning.

It takes great skill to convey the inner life of a man this buttoned up and still make him compelling, but Farrell manages it easily. In particular, we see him transforming when it becomes clear that Yang, their humanoid robot helper, has somehow malfunctioned and powered off and may never again come back to life again.

It's interesting to see how emotionally invested the family is in their former android, particularly when it becomes clear that he's gone for good. Can you mourn a dead iPhone, because in a way that's what the situation is here? Does the fact that he has lived with the family for years make him an important part of their lives? Is he next to human in some way? 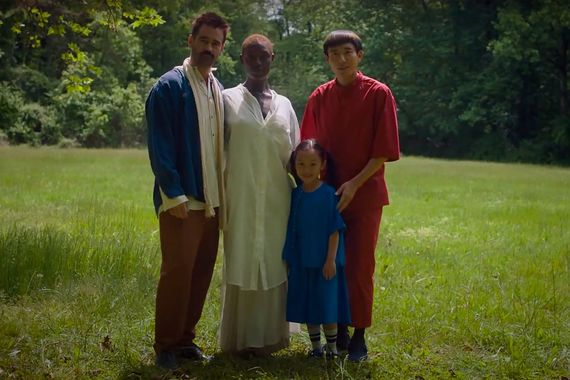 Faced with a bereft daughter who wants her big brother back, father does what any good dad would when an expensive piece of tech malfunctions, he takes Yang to the repair shop. Pretty soon though he hears the bad news, it's essentially impossible to start him up again because the robot model is older than he was led to believe and the Chinese parts are impossible to purchase now.

But it's when Farrell's character finally accesses Yang's memory bank that the film astounded me. Putting on a pair of Google glass-type sunglasses, father accesses the robot's infinite star field of memories, each one twenty composed of twenty-second long bursts and recorded only when Yang encountered something that moved him or was beautiful.

Onscreen the effect is a bit like looking into someone's soul and the experience is so beautifully filmed that it may, as it did me, move you to tears. We discover that Yang has been busy for years – decades actually - recording quiet little moments in the family's day that may not look like much to an outsider but for him were precious gold.

We see Yang teach the young daughter how to graft a branch to a tree, an ancient Chinese practice. He teaches her that it's not just about gardening but philosophy too. The daughter has been adopted by a father and mother but like the grafted tree branch she is now part of their larger family and her ancestors have passed on this wisdom of this grafting process for thousands of years.

Then we see short bursts of the moments of self-awareness that Yang has compiled. Catching his reflection in a mirror, or talking to a humanoid clone that he strikes up a relationship with, or mourning the early passing of a person that he had once guarded.

But Kogonada goes so much further and deeper into his robot character's interior life. What does it mean to be human, the film asks us? What do we owe to ourselves and what to love? The film often asks more questions than it answers but that is actually part of its strange power.

In his attempt to save Yang, Farrell's charterer accidentally ends up saving himself. That's a very timely lesson that we could all reflect on this week of all weeks. Looking at the world through someone else's eyes can often offer a clearer vantage point than our own. 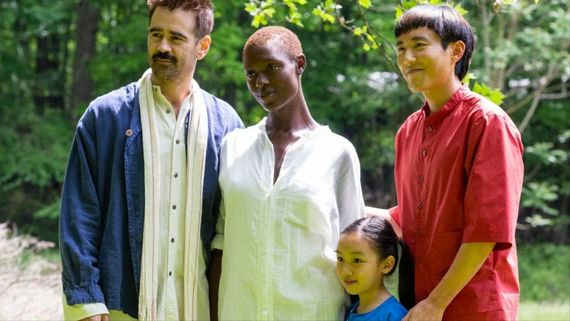 Farrell is simply sensational as the quietly broken man who is accidentally learning how to reassemble his heart and head and find his way back to life and the people he loves. This quietly beautiful film plays to all of his strengths and he responds in kind, making it for my money the strongest screen performance of his career.

'After Yang' is also a world apart from Farrell's other big-screen role this week as The Penguin in the latest Batman caper. As the years wear on these hoary old Gotham City comic strips have gotten darker and more joyless as director after director try to steer them away from their campy origins.

How invested you are in the interior life of a comic strip villain is down to Farrell's skills – and most reviews insist that his performance is the best ever seen in The Penguin role.

But these big, dark, sour, blockbusters are losing steam thanks to their increasingly bleak characterizations and storylines. Besides, the real world knows all about secretive boy billionaires. Protecting democracy and fairness is usually the last thing on their minds.

So Batman may grab most of the headlines this week – and the epic box office may permit Farrell to pursue other more accomplished projects - but allow me to suggest that your own time and money will be much better spent watching a far greater Farrell performance in 'After Yang,' an unmistakably superior film.