From Thin Lizzy to The Saw Doctors, this Celtic rock playlist will have you rockin' out. 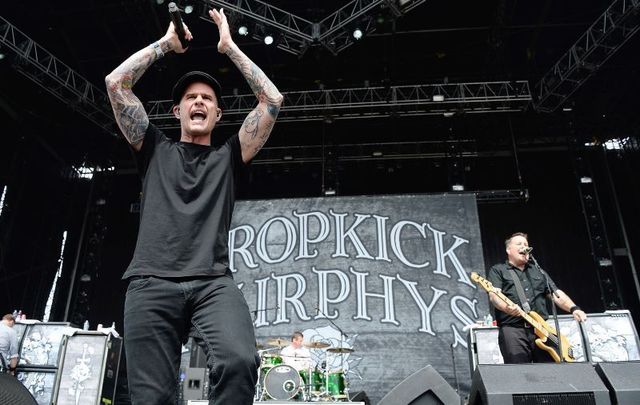 From Thin Lizzy to The Saw Doctors, this Celtic rock playlist will have you rockin' out

Way back in the 1970s, Irish, Scottish and British bands – and the diaspora from those countries overseas – decided it was time to revive traditional Celtic music by plugging in and dialing up the volume.

Celtic rock is a pretty broad category, and we're defining it as broadly as possible here – from classic Horslips and Moving Hearts tracks powered by electric instruments, to Celtic punk and modern sounds. Bear with us, though, it's all great stuff.

Here are our Spotify Celtic rock playlist, in no particular order:

Whiskey in the Jar – Thin Lizzy

This is the classic traditional Irish song covered by a rock band. So popular and well-known, in fact, that it was covered by Metallica years later. But it's famous for good reason – the way the traditional lyrics have been melded with that classic lead guitar hook was, and still is, brilliant.

King of the Fairies - Horslips

Horslips were one of the first genuine 'celtic rock' acts from Ireland back in the early 70s - in case you couldn't tell from the fashion in this video. It was shot from the top of the Bank of Ireland building on Baggot Street in 1973.

The Pogues are usually thought of as Celtic punk more than anything else, but in this version of 'Dirty Old Town' (originally written in 1949), they bring their banjo and add a folk-rock twist with a harmonica and strings that makes it one of the best-known versions of this song.

Moving Hearts only stayed together for a few years, but they made a lasting impression on the Irish music scene, with Christy Moore, Dónal Lunny and Declan Sinnott all going on to have successful careers in their own right. This track has the lightning-quick tempo associated with much of the group's, and Moore's, music.

Odds are you know this one - it's used aplenty in advertising and television, and is nearly synonymous with Martin Scorcese's 2006 film 'The Departed.' The crunching electric guitar goes far better than you might think with the accordion.

Drink the Night Away - Gaelic Storm

Gaelic Storm are based in the United States and appeared in the 1997 film Titanic, where they played the Irish band at the below-decks party. In fact, one of their most popular tracks on streaming networks such as Spotify continues to be 'An Irish Party in Third Class.' But there's much more to the band than that soundtrack - like this cracking tune.

Another Horslips track? Yes, and arguably their best one. The hook to this track is incredibly well known and was used as the intro to the Ireland 1990 World Cup song Put 'Em Under Pressure. 'Dearg Doom' refers to Irish hero Cú Culainn, which the band translates as 'the red destroyer.'

Flogging Molly have been flying the flag for Celtic rock in the United States since 1997. And with tunes like Drunken Lullabies, they've been doing a great job of it.

From Newfoundland, Canada, Great Big Sea sing the traditional songs from their homeland. It just so happens that this region of Canada has strong Irish and Scottish roots! This song, 'The Night Pat Murphy Died,' was written by another local man a century before, and has a definite Irish taste to it - and not just the name of the main character!

I Useta Love Her - The Saw Doctors

The Saw Doctors have been playing for over 20 years, and in that time they've done Irish-style tunes that have covered plenty of different styles, but it's their first major hit, 'I Useta Love Her,' that sticks around in people's heads.