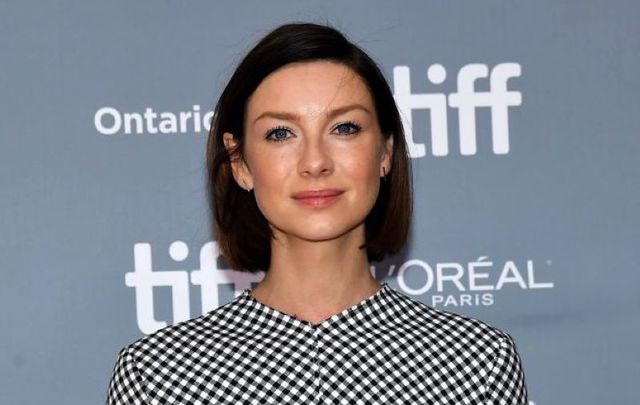 Before rising to fame on the popular Starz series Outlander, Caitriona Balfe was a model who strutted the catwalk for some of fashion’s most famous brands – Chanel, Balenciaga, and many more.

But the job wasn’t always fun, she said during a recent interview with fellow Irish woman Angela Scanlon for her podcast "Thanks a Million."

"You're supposed to automatically be this fun, interesting, edgy person that fashion people want to be around," Balfe, 41, said on the January 4 episode of the podcast. "But then at the same time, you have to be so skinny and so androgynous.

“There was always people doing better and constantly being compared to people. I think, as a young woman in your teens and twenties, it's hard enough.”

Check out my chat with the brilliant and lovely @angelascanlon on her fab Thanks A Million podcast. It’s a perfect listen for these times and needed to find the gratitude in our lives is so important 💗 pic.twitter.com/agJTbvvjPy

She added, “In one way, it opens up so many doors and it does open your mind to so many things and it does give you an incredible education in a certain way.

“But in another, it infantilizes you and it stunts you in so many other ways. I think it takes a while to sort of like rebalance all of that...there's such a veneer of like, everyone's so cool in this industry.

“And that's drilled into you from quite a young age about, you know, don't rock the boat, don't be uncool, being uncool is defending yourself or questioning something or being deaf and not stiff or not taking your top off.

'"’Why wouldn't you take a top off? It's just t**s. Come on, like just be cool.’ I can't tell you how many times that situation happened. I was very lucky.”'