Kennedy releases new single “I Wish I Had Someone to Love Me” alongside his ninth Facbook live concert. 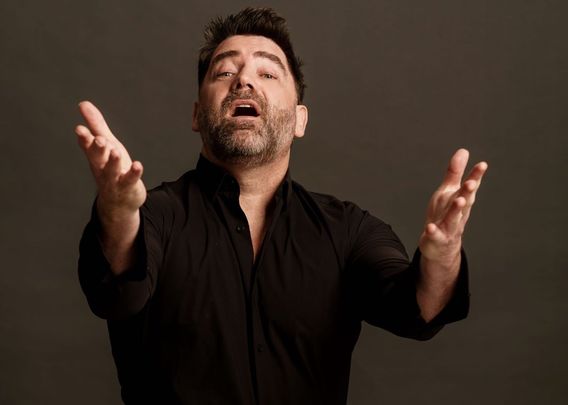 International recording artist Brian Kennedy has announced the release of his latest single and returns to host his ninth live concert event on Facebook on Saturday, December 5 at 3 p.m. EST, and 8 p.m. Irish time.

Kennedy will offer songs, surprises and chat streamed live from Dublin on his Facebook page @BrianKennedyMusic.

His new single is titled “I Wish I Had Someone to Love Me.”

“I wanted to record this song the second I heard it. Originally it was written about 100 years ago and first performed as a country song but over the years, like architecture, it changed its shape with the times,” Kennedy says.

"Johnny Cash sang it, Imelda May and The Dubliners carried the torch and now I want to sing it as an anthem for the isolated, lost, and lonely in these unprecedented times of disconnection. We need the medicine of music more than ever, especially from the radio.”

Ever since Kennedy’s first live Facebook concert on July 4, the event has become enormously popular. Since then, his shows have reached more than 120,000 fans from around the world who tune in regardless of the time zone.

“It’s so exciting that people are able to join us from all over the world,” he says. “I just love that the internet has become a virtual venue that people can access safely at this time, especially as the regular venues are shut and live shows aren’t possible right now. I also love talking about the books I’m reading, what I’m binge-watching these days, and also taking song requests.  I can hardly wait to see you all again on December 5.”

This special intimate event is designed to allow fans to enjoy the most dynamic of solo music performances and send in their song and other requests all in real-time. Like all artists, Kennedy’s concerts have been postponed due to the Covid-19 pandemic.

Kennedy recently released his own personal setlist from his career (so far) in a double CD, “The Essential Collection.”  The first-ever collection of his most beloved Christmas songs, “Christmassy,” was released in 2018.  His latest EP, aptly titled “Recovery” is now available.