The Irish-American's illustrious career made him a household name in Hollywood and he leaves behind a catalog of hit movies. 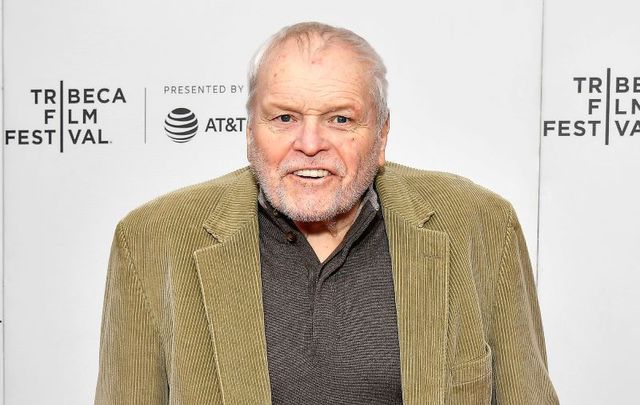 The late great Brian Dennehy left behind an amazing legacy. We take a look at his top movie roles. Getty

Esteemed Irish-American actor Brian Dennehy passed away in April 2020 leaving behind a legacy of excellent performances on stage and the silver screen.

Brian Dennehy's career spanned four decades and included more than 50 feature films in addition to a successful career in theater that saw him scoop two Tony Awards for his performances in the lead roles of  Arthur Miller's Death of a Salesman and Eugene O'Neill's Long Day's Journey into Night. He also took home a Golden Globe for his television portrayal of William Loman in Death of a Salesman.

The Irish-American's illustrious career made him a household name in Hollywood and he leaves behind a catalog of hit movies.

From his feature film debut in the late 1970s to his final film performance in Long Day Journey, Dennehy has turned in some outstanding performances. Here are some of his most memorable movie roles.

Arguably Dennehy's most famous role was his villainous performance in the first installment of the Rambo franchise.

There have been five films in the Rambo series since it began in 1982. None have been as popular or as critically successful as First Blood. That is partly thanks to Dennehy's performance.

Dennehy turned in a completely different performance to his portrayal of a maniacal sheriff in this action-comedy from the 1990s.

Tommy Boy has become a cult classic and Dennehy's role as the father of the film's main character, Tommy Callahan III, plays an integral part in the film's plot.

Dennehy starred in this mystery-thriller set in Soviet Russia during the Cold War. The Irish-American actor plays a New York detective investigating the disappearance of his brother in Russia.

The film is the embodiment of a 1980s thriller, with conspiracies abound, and Dennehy gave a particularly good performance as William Kirwill.

The film was generally well-received and helped to cement Dennehy's status as a hugely talented film actor.

Dennehy lent his acting talents to an entirely different type of film in the twilight years of his acting career when he starred in the animated film Ratatouille.

Again, he starred as the main character's father and excellently portrayed a disapproving and suspicious rat in the middle of Paris.

Ratatouille achieved widespread critical acclaim and is regarded as one of Pixar's best productions.

Dennehy appeared alongside a stellar cast in the 1980s western Silverado and again plays a ruthless sheriff with a personal vendetta against the lead character.

As sheriff of Silverado, Dennehy goes up against protagonists Kevin Costner, Danny Glover, Scott Glenn and Kevin Kline in a memorable gunslinger flick that pays homage to Western classics.

The film scooped a handful of Academy Award nominations and Dennehy's performance as the film's chief protagonist helped to further bolster his stellar career.