Brian Cox, aka Logan Roy on “Succession”, gets his Irish up

Cox on the Irish people's inability to say no, UK politics and cancel cultures. 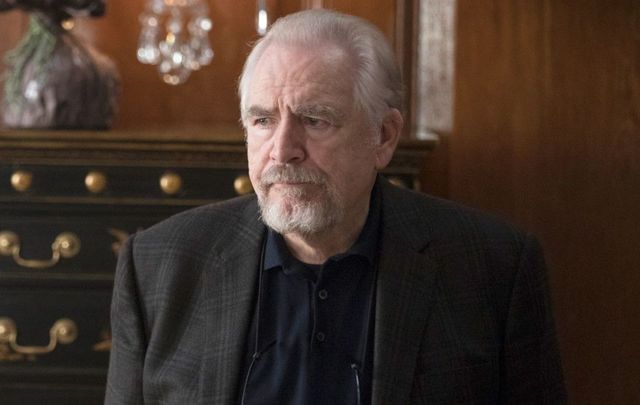 Scottish actor Brian Cox has become a worldwide sensation for his role as vicious businessman Logan Roy in the HBO drama  “Succession.“ He told the Irish Times that his Irish roots are a very important part of his belief system.

Brian Cox, the Scottish actor has become a phenomenon for his role in the HBO series “Succession”, which is breaking all kind of viewing records.

At 76 it is clearly a wonderful occurrence that one of the most talented actors of his generation is finally getting the recognition he deserves.

His new autobiography “Putting the Rabbit in the Hat” is due out in October and is already an advanced best-seller. In “Succession” he plays the demonic Logan Roy, the pater familias from hell, though even he cannot keep up with some of his power-perverted offspring whose antics make the series unmissable.

In a revealing interview with Donald Clarke of the Irish Times, Cox uncovered some secret sides to his life like his Irish heritage, his push for Scottish independence, his regard for Mel Gibson, and dislike for “woke” sentiments.

“That was on my mother’s side. On my father’s side all the people came from the Enniskillen area. I realized then how the Irish have been treated. We’re the same people, the Irish and the Scots. My only quarrel with the Irish is that they would have their throat cut rather than say ‘no’ to you."

His biography traces his exit from the British Labour Party to being a dedicated member of the Scottish Nationalist Party. (SNP) and supporter of Scottish independence. He was more than just a Labour supporter, he voiced  many of their TV ads during the Blair rise to power.

“All these guys with sgian-dubh – knives stuck in their stocking. I was a Catholic boy. I never wore a kilt. That was something that Protestants wore. The only time I ever wore a kilt was onstage. Now I periodically wear the kilt. In fact, I’ve even invented my own tartan. The kilt is very comfortable.  It was synonymous with certain things I was not interested in And then I watched Scotland and that party [SNP] move to a kind of egalitarian position. At the time of the Iraq crisis, I thought there was a much more responsible sense of social democracy going on in Scotland. I was so impressed by that and I thought, this party has grown up.”

As for cancel culture, he is strongly against it.

He told Clarke there was a “McCarthyist, vengeful element, which gives rise to an awful lot of collateral damage”.

“I think there is such a thing. And it’s mindless,” he says.

“You can’t just say ‘that’s wrong’, because you’re not acknowledging the history. You’re not acknowledging where it’s come from. There is, of course, the horribleness of Harvey Weinstein and his abuse of actresses. I know someone who was raped by him in a corridor. So there is that horrible aspect of it. But there is a reverberation of it which is mindless. And ‘woke’ is the same. We are so hypocritical about our righteousness.”

He gives Irish American Mel Gibson as a case in point. The actor has been portrayed as a drunk, anti-Semitic and far-right.

“Mel is a very good example,” he says.

“He had to listen to his father’s horrible Roman Catholic propaganda. And he had to deal with that all his life. So in such a way, he became conditioned to believe in certain things. That has caused enormous confusion and enormous pain for him. That contributed to his alcoholism. Mel Gibson is a very sweet, dear man. He is not the monster everybody makes him out to be. He is one of the kindest, most considerate people I’ve ever come across.”

As for Logan Roy, he refuses to reveal who, if anyone, he is modeled on (some have suggested Rupert Murdoch) All he will say is: “People say he’s such a bastard. But he’s got these awful children.”

All of which means the world’s most dysfunctional family led by Cox will continue to enthrall and grip audiences worldwide.

Season three of "Succession" is now airing on HBO.