While Brian Cox, who plays Logan Roy on the hit show "Succession," has strong Irish roots, the star hails from Scotland. 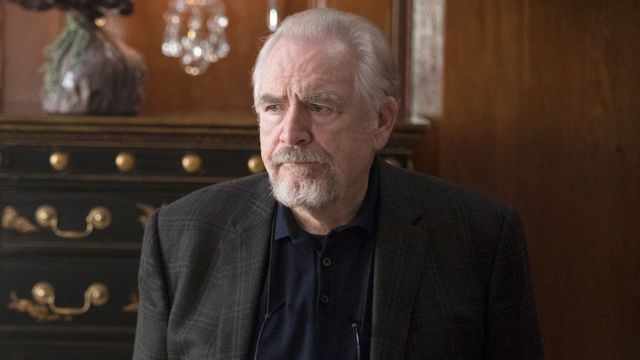 Brian Cox, currently best known for his dark and Machiavellian character of Logan Roy in season three of "Succession," is often mistakenly considered an Irishman. However, this veteran star of the stage and screen hails from Dundee, Scotland. We take a look at his life and incredible career.

Brian Cox was born on June 1, 1946, in Dundee, Scotland. He is the fifth and youngest child of Catholic parents Charles McArdle Cox and Mary Ann Guillerline McCann. Charles was a police officer and Mary Ann was a spinner who worked in Jute Mills.

Cox has often discussed the poverty his family experienced after his father passed away.

"When my mum would come out of hospital, she mainly lived off the widow's pension. The pension would come on a Friday. Often on Thursday night we wouldn't have any food. I would go across to the local fish and chip shop for batter bits from the back of the pan."

The young star began acting at the Dundee Repertory Theatre at 14 years of age. He left school at 15 and graduated from The London Academy of Music and Dramatic Art, in 1965, at 17 years of age.

In 1965, Cox founded the Royal Lyceum Theatre Edinburgh. In 1967, he made his West End debut as Orlando in William Shakespeare's "As You Like It".

In 1983, Cox starred opposite Laurence Olivier, as the Duke of Bergundy, in "King Lear".

In 1984, Cox played Royal Ulster Constabulary officer Inspector Nelson in "Rat in a Skull" and was awarded the Laurence Olivier award for best actor in a new play in 1985.

In 1987, Cox spent two years teaching at the Moscow Art Theatre, in Russia.

In 1988, Cox was awarded his second Laurence Olivier award for his title performance in "Titus Andronicus".

In 1990, Cox returned to Britain for a worldwide tour with the royal national theatre playing the leading role in King Lear, which received critical acclaim.

Brian Cox has re-emerged to global superstardom with the success of HBO's "Succession" playing Logan Roy.

At seventy-five years of age, there's life in the old dog yet!

Here's the official trailer for season 3 of "Succession" now playing on HBO and HBO Max: